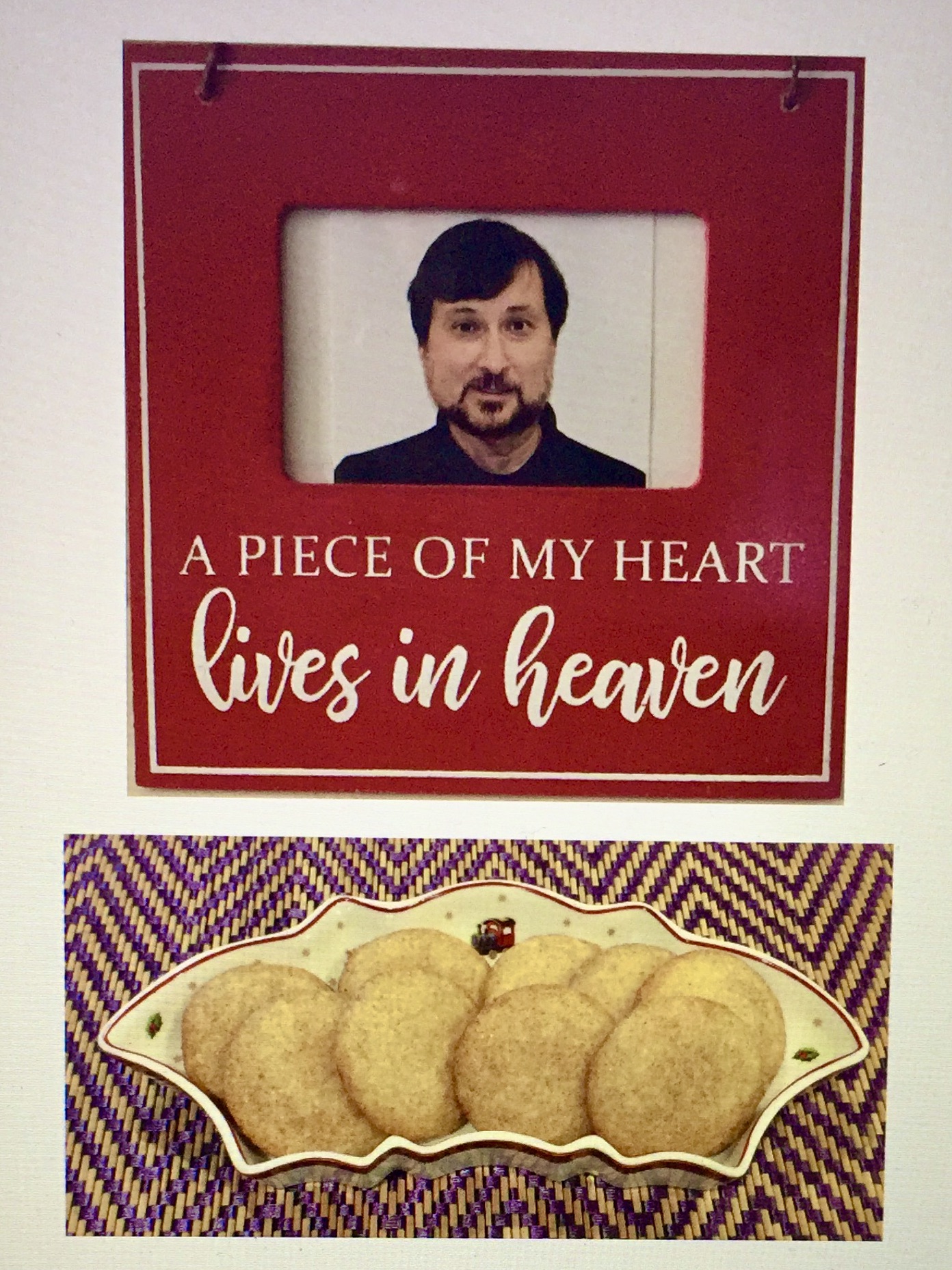 It was hard to believe that I survived the first year’s Angelversary of Mark’s (aka Globfly’s) relocation to heaven. Here it is Globfly’s second Angelversary, which feels no different than the first, with each emotion and memory no less crystal. Not having had the prior experience, I didn’t know I was suffering from PTSD during the first year of Mark’s passing. In overcoming this challenge, memories of Mark escaped from the void that held my memories captive. I feel like I was on Santa’s good list when I received a mental chest containing Globfly memories, and now I feel whole again.

Time warps by, and before you know it, it’s a year later, and you wonder where your time went. I look in my rearview mirror through the cascade of months with December in the forefront, big and bold, slightly hovering over an equally bold but a smidgen smaller November with October, firm, holding its own as each subsequent month fades to an opaque blur. Yet, time doesn’t fade Mark’s memory from the face of this earth—not for me. Those of you who follow my blog and column know that he continues to live in my world. Why not? It wasn’t by his choice that he couldn’t be here to journey on with us.

It wasn’t my choice, either. I’m grateful for all the memories we shared, and I’m ecstatic for being a camera bug affording us mounds of photos captured of good times we had with each other as well as with people who shared moments with us. Yet, nothing replaces the real thing. I miss Globfly more than I care to admit. I miss his scent, his touch, his baby-soft hair, his perfect beard, his witty sense of humor, his wisdom, his knowledge and how he knew a little bit of a lot of things, his handyman abilities, his support, and his being my #1 biggest fan and best editor. I miss being near him. I miss his piano playing. I miss doing things with him and even doing nothing with him. I miss him, period. Missing the little mundane things that made each day nice is the most challenging part—little things like watching a favorite movie or TV show, having a simple meal together, going for a Sunday drive on a beautiful day, or strolling along the hiking trail. I miss folding sheets with him. He was the only one who folded in sync with me, instinctively. I miss his being my taste tester. I miss his delicate palate that knew what ingredient was distinctively too much or too little. I miss pawning off tasks that I dread doing. Not often does someone tell you, “whatever you don’t want to do, give it to me.” I have a few things here that I wouldn’t mind handing over to him now. I miss racing home to be with him. I miss the moment he comes through the door after a day away. Having him near me made everything better.

Mark had a carefree attitude naturally, and he tried as he did to help me “let things roll off my shoulders.” I didn’t know how to let things roll off my shoulders because I was good at being tight as a drum. He was a happy-go-lucky kind of guy who always had a smile on his face and loved to be with his friends and family. I was the uptight one who had too much to do with too little time to do it in and with too much worrying. Mark marched to the beat of his own drum and didn’t care what people thought of him while I was, still am, hypersensitive and cared more than I should about what people thought of me. We balanced each other out nicely. I miss our balance. As I morph into the new me, he becomes a part of who I am as I grow and improve. He’s been helping me to loosen up and lighten up, and I like the new me.

I know that he would have wanted me to be happy and to keep living, and I vowed to do just that and live for him, too. Sadly, I can’t do all the things that he would have wanted to do. All I can do is live my life and live it well so that when we meet again, he will plant a kiss on my noggins and say, “You did well. I’m proud of you!” Knowing this helped me move forward, take one step at a time, and maintain our traditions and rituals that made us happy. Like decking the halls for this Christmas, I did so begrudgingly, thinking what’s the point since I’m all alone. Because Christmas was Mark’s favorite holiday, I pushed forward and decked the halls. Once done, my spirits perked up, and I’m glad I did it for him, which blessed me in return.

What got me through this past year was one of the last things Mark said to me, “If you’re going to write, it’s now or never. Just do it!” Mark always had my best interest at heart, believed in me, and he knew what I was capable of even if I didn’t. I wasn’t sure if I could do it or not, but I feared disappointing Mark more than I feared failure. I went for it and launched my writing career in May with 17 Blogs, 13 Story Showcases, 88 Columns, and a new novel in the works to show for my efforts. I’m not done, but that was a magnificent start, if I may say so myself. I know that Mark’s been working with me, editing as I write. We were a great team, and Markie Angel and I continue to be a great team. This year’s theme was, “Just Do It!” Now that I’ve proven to myself that I can write, I look forward to the new year when my theme will be “Make It So” by taking my writing to the next level.

A friend said, “It’s impossible to see you without Mark next to you.” I agree. In the spirit of honoring Globfly’s memory today, I can say without a shadow of a doubt that Globfly is with me always. He is my guardian angel, Markie Angel, and having him near me helps me make it through each day. With that said, he’s patiently waiting for his all-time favorite cookie, Snickerdoodles that I honor his memory with today. If you have a Snickerdoodle on hand, please enjoy it in memory of Globfly. ILYVM G!💜

One thought on “Globfly’s Second Angelversary”