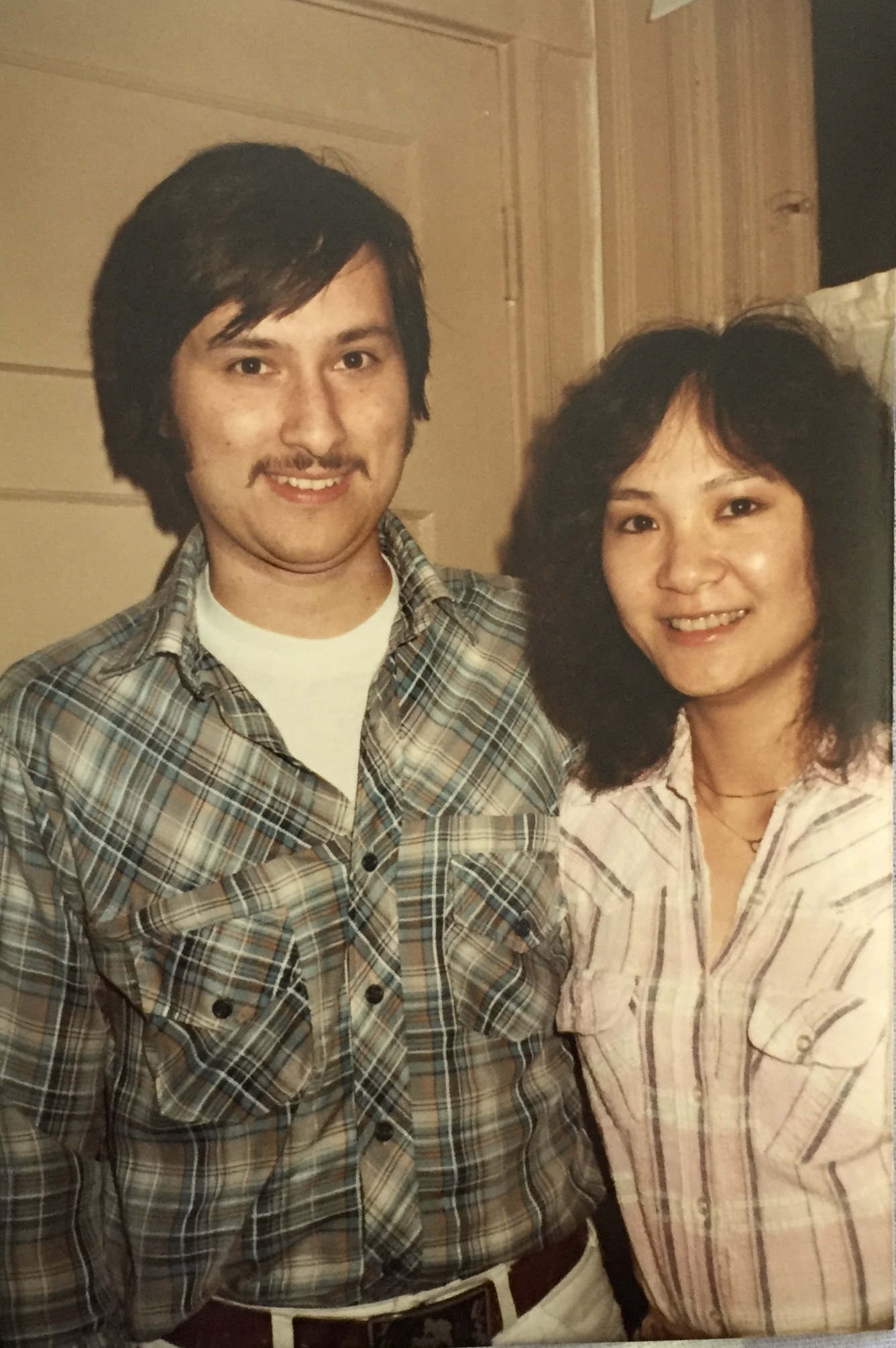 My four girlfriends and I perched ourselves up against each other on the bench in Vincent’s aunt and uncle’s backyard—none of us would be sitting here had Vincent not insisted we come. It wasn’t every day he had the opportunity to host a BBQ while house sitting. He picked us up, making sure that his favorite high school girlfriends showed. Here we were—hungover, sleep-deprived, and less than our perky selves, but here we were.

“You guys must like each other a lot,” a voice interrupted my drum concert. I squinted up at one of Vincent’s buddies, who braved, leaving the guy pack to come over.

“Okay,” he said. “Do you guys always sit so close together?”

“Hey, Mark, you made it!” Vincent’s loud voice interrupted our banter when a tall, slender guy with dark brown hair wearing a red Judo windbreaker that accentuated his fair-complexion walked in. Mark was the only person at the BBQ that didn’t go to high school with us.

Curiosity took center stage as we pondered this intriguing guy. “What do you think he is?” Helen whispered.

“He’s half white and something that’s for sure,” Helen said.

“Look at his eyes,” Sylvia chimed in. “He’s half Asian, but don’t ask me what kind of Asian.”

“Hey guys, this is Mark,” Vincent strode over and interjected. “We work at the alarm company together,” he gestured for Mark to come closer as he introduced us to him.

As Mark strode behind Vincent like an adoring puppy, his gigantic smile and engaging eyes that seem to say, ‘I am thrilled to be here’ radiated the spot he stood with a warmth that was missing from the seasonal overcast.

“I finally get to meet Vincent’s girls,” Mark said.

“What do you mean, ‘Vincent’s girls’? Helen asked.

“At work, he’s always talking about his girls, and now I get to meet them. I feel like I know you already.”

Before we could find out what Vincent told his coworkers about us, Vincent hollered, “Who’s hungry? Let’s eat!”

Hours after lunch, Vincent loaded all of his guests into his uncle’s station wagon and took us to a Mexican restaurant on Geary Blvd for dinner. At the restaurant, I was seated next to Mark, and I quickly learned that he was a foodie who could out eat everybody at the table. I found that fascinating as I hadn’t met anybody who was able to eat a lot yet stay so thin. Somehow, that worked out well. I usually don’t finish my plate, so I offered him one of my enchiladas. He woofed it down and still had room for dessert.

It turned out that Mark wasn’t going to attend this BBQ, considering he worked the graveyard shift. At the last minute, he decided to drop by just to say that he did.

“Really? That’s so funny. I wasn’t going to attend either, but Vincent called this morning and told me to get dressed, and he was coming to get me,” I said. “All I wanted to do was sleep. I had just gone to bed.”

“I was. Elaine was dropping my girlfriends and me off after we were out drinking last night. She said she was taking me home first. I fell asleep in the car. She got turned around, and when I woke up, we were in Oakland instead of near the Cow Palace.”

“No kidding. I asked a security guard for directions back onto the freeway. As Elaine drove onto the freeway, I fell asleep again.” I leaned closer to Mark, and in a lowered voice, I said, “I realized that I sleep when I drink,” I grinned. “Then, when I woke up again, we were on 19th Avenue.”

“You’re not getting closer to the Cow Palace,” Mark said, shaking his head.

“I know. It turned out Elaine got turned around again while I slept, and she had to change plans and take Cynthia home now that it was already 3:00. Her dad was going to have her head.” I winced. “Anyway, after a night like that, none of us wanted to come to the BBQ today.”

After dinner, Vincent loaded us back into the station wagon for the home drop-offs. Mark, who had a pickup truck and didn’t need a ride home, decided he didn’t want to miss out on the fun and squeezed himself onto the bed of the station wagon.

During the ride, the guys were being guys. Their competitiveness caused them to one-up on the other with the most-watched TV shows and movies. Every so often, they asked me for my two cents. I had nothing to offer. I went to school full time and worked part-time leaving any other time for homework. It was kind that they attempted to keep me in the conversation. At one point, the guy named Frank mentioned a movie that I can’t remember the name of now, but when he learned I hadn’t seen it, he said he’d have to take me. I shrugged and thought that was nice. A while later, Star Wars came up, and everybody, except me, chimed in with their take. Mark was surprised that I hadn’t seen it. He said, “Next time, Star Wars comes into town, I will have to take you.” I smiled and nodded.

On the following Friday afternoon, the phone rang. It was Mark calling.

“Hi, Jeannie! Guess what? Star Wars is back in town.”

Even Mark’s exuberance didn’t stop me from pulling the phone away from my ear and staring at it as I thought what a come on.

“I said if Star Wars came back into town, I’d have to take you.”

“Are you free tonight?” He apologized for calling so late to ask me out for that night. It took him all week to summon the courage to pick up the phone.

“Oh, no, I’m not. I am going to my sailor friend’s sendoff party tonight.” I said, flinching as I felt the warmth dissipate through the wavelengths. “How about tomorrow night instead?”

The next night on August 1, 1981, Mark and I went on our first date, where he began the journey of introducing me to the wonderful world of movies and TV shows starting with Star Wars. The following Saturday, we saw Indiana Jones: Raiders of the Lost Ark, another film he said he would take me to see. Since then, we have caught every Star Wars and Indiana Jones installment along with many other programs.

There’s a lot to be said about doing something for someone else’s sake when you don’t want to do it. Like neither Mark nor I wanted to attend Vincent’s BBQ, but for the sake of friendship we did, and as a reward, when we least expect it, we ended up finding each other.

2 thoughts on “When You Least Expect It”