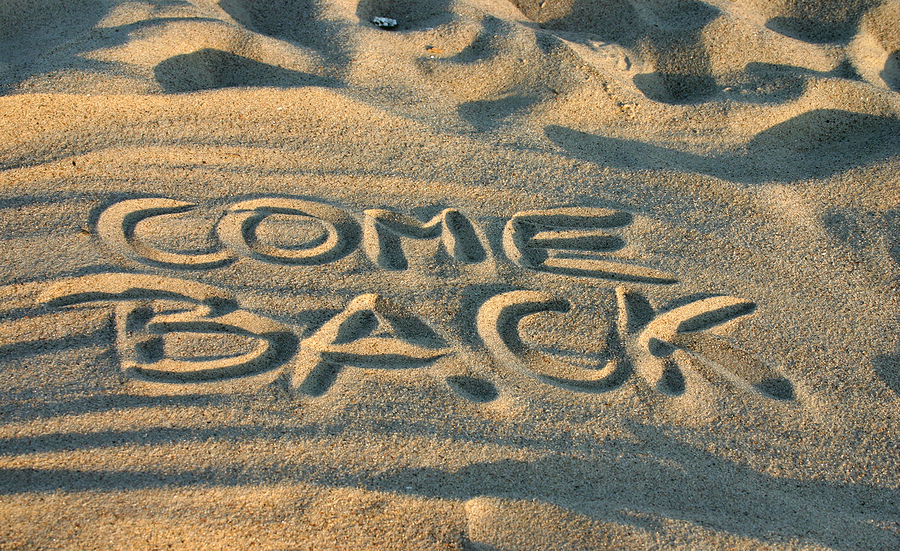 He was in the back of the gym when she walked out. The dumbbells he was lifting thudded onto the matted floor when he saw her reflection in the mirror heading for the doorway. He sat there, staring at the space where she once stood. He knew this time she wasn’t coming back. He couldn’t think. The chatter in his head, the clanging of weights, the grunts, the murmuring voices, and laughter around him drowned out his thoughts. He jolted to his feet and began pacing. She’s walking out of my life forever. Can’t let her go. What should I do? Think quickly. Stop her before it’s too late. But what’s the sense—we have no tomorrow? Just let her go. She’s better off without me. He ran after her. He slammed to a stop at the entrance. His eyes swept the parking lot. It wasn’t too late. She was still in the parking lot. His heartbeat quickened as she neared her car. Oh no, it’s too late. She’s unlocking her car door.

Just then, she paused as if she knew he was watching her. She slowly turned her head and gazed right at him.

He gasped. He halted, waiting for her next move. Is she coming back? What do I say if she does? I should go to her. Meet her halfway. Beg her to stay. No. She wouldn’t want that. What does she want? If she would give me a sign, any sign at all. I’ll take her into my arms and never let her go.

She stifled the desire to scream out. ‘You fool, don’t let me go. Run after me.’ Instead, she fumbled with her keys to unlock her car door.

He felt them drifting farther apart with each second—farther than the years that separated them. He desired to run after her. Hold her in his arms and tell her, ‘Our ages don’t matter. You are my soul mate. You complete me. I want you in my life. I want to be with you. I love you. I know you love me. That’s all that matters.’ He couldn’t run after her. He was frozen. Beads of sweat trickled down his forehead from beneath his short wavy brown locks. His white-knuckled fists accentuated his muscular forearms. He let out a whimper. He bit down hard, overtaking the desire to cry like a baby. He pondered the past year in his mind. They were working out at the gym when he noticed the judo T-shirt she was wearing. He teaches judo, and it immediately connected them. With her long dark hair in a ponytail and svelte physique, he thought she was a college student like himself. They became fast friends and then more.

For a brief moment, she thought she noticed the innocence of his youth beneath his sophisticated facade. He’s just a kid. What was I thinking? How could I possibly have thought there could ever be anything between us? The attraction isn’t enough. There is no tomorrow for us. I can’t hold him back. I’ve made a lot of mistakes in my life, and now he needs to make his. One thing is for sure—he is much wiser than I was.

His eyes seemed to say, ‘Wait! Don’t go!’ When she saw the tear roll down his cheek, she couldn’t hold back her tears any longer. He became a blur, but she forced a smile and gave him a quick wave and began to unlock her car door.

She pulled out of her parking space, stopping in front of him. She peered out the windshield, imagining herself, reaching over and drying the tear from his face. His brows furrowed deeper, and his nose wrinkled. His lips parted to say something. She waited to see what he was going to say. He didn’t say anything. He tightened his fists instead. Say something before it’s too late. Speak up. Just do it. I’ll be out of this car and in your arms in a flash if you do it. He didn’t make a move. She clenched the steering wheel, which kept her from running to him. She took one final look at him, dabbed her eyes, then steered the car to the left and drove off the parking lot.

He held her stare from her car window. He wanted to run to her, but he couldn’t move as if his feet were sinking deeper into the concrete. Inside, he was yelling, ‘I wish I never met you. I waited so long to meet someone like you only to find there is no tomorrow for us. It’s so unfair. Why do we have to be from two different worlds? Why do I have to be starting my life when you’ve already lived yours? Don’t leave me! How will I make it tomorrow without you?’ Just as her car faded away, he regained his voice and bellowed out, “Come back!”

4 thoughts on “No Tomorrow…”