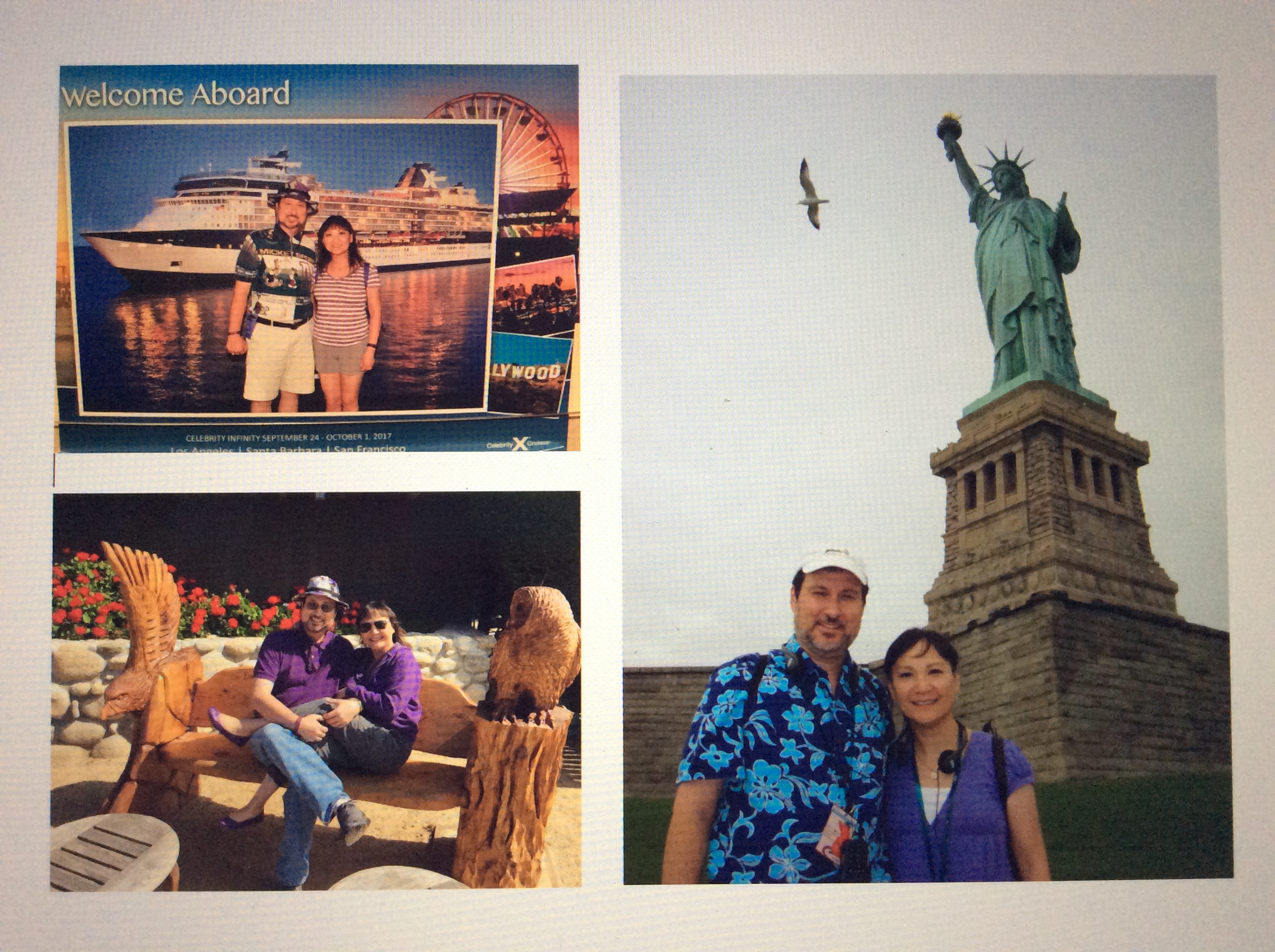 Today, 36 years ago, I became Mrs. Mark Davis, a role I cherish forever. Although I no longer celebrate the way that Mark and I did before, to me, this is still our special day worthy of remembrance. Just because he had to move on to his heavenly journey doesn’t mean that our anniversary ended.

Here’s a funny story. On our first anniversary, I couldn’t remember our wedding date, so Mark took care of that. He slaved on this masterpiece for nine months. When he finished it, he handed it to me and said, “There. Now you won’t forget our anniversary again.” It was important to him that I did not forget, and I haven’t forgotten since then.

We were never into exchanging gifts, but we were big on exchanging cards. A few days before our anniversary, Mark and I would go to the card store, and once there, he went off to the wife’s display, and I went to the husband’s display, and we picked out each other’s cards. We would fill out the cards, and on the eve of our anniversary, we placed the cards on our respective pillows. At bedtime, we would open the cards together. This ritual meant more to me than any gift ever did.

Early on in our marriage, we couldn’t afford much, but we always spent the day together. You never know how many anniversaries you get. Thinking back, I’m grateful that we decided to take our special days off and enjoy it with each other, even if that meant merely hanging out in front of the TV, but we did it together. Since Mark was a foodie, at the minimum, we would dine well. By dining well, I don’t mean expensive. I mean, we would splurge and allow ourselves to eat foods that weren’t on the daily menu.

If not the leisure day at home, we savored bay area getaways to our favorite haunts such as Santana Row, Bodega Bay, Carmel, Salinas, Healdsburg, Morro Bay, and Napa, to name a few. Every excursion with my honey was my favorite, but some memorable locations stood out. Such as, on our 25th anniversary, we spent the week in New York City where we fell in love with the city, when the grand idea came to me to make that our anniversary destination. The idea poofed when we learned that annually the United Nations Leaders met in NYC the same week as our anniversary. So much for that bright idea! What’s so bad about that? I’m glad you asked. Everything becomes a commodity with the huge influx of people coming into town for that meeting. All were vying for the same hotel rooms jacking up the prices and availability. Everywhere you went, there were chances that the roads might be blocked off when the special guests are in the area. For example, our tour bus halted on Fifth Avenue for an hour and a half when they closed the roads ahead of us for one of the leaders visiting in the area. As you can imagine, everything took longer. It was a wonderful vacation, just the same but not as relaxing as hoped.

Then there was our last cruise together, which was, of course, another Star Trek cruise. By this time, Mark’s health challenged our creativity as far as location goes. I didn’t want to go far. I tried to stay within reach of Kaiser, but we craved cruising so badly, so when Cruise Trek announced their California Gold cruise, a light bulb went off in my head, and we booked. It was so good to spend a week with our Cruise Trek family again. Little did we know that would be the last time for Mark. You never know. It was one of the best cruises simply because of the people.

One anniversary, we stayed in the Carmel area. Our wonderful friends, Wizard, aka Mike Kozlay, and his lovely wife, Betty, met us there and hung out with us the day before our anniversary. They introduced places they enjoyed and opened up a new world that we hadn’t seen. Oh, such fun with good friends!

There’s so much to appreciate in this world. I’m glad that Mark and I experienced a bit of it together. There are a few places on his bucket list unexplored, and perhaps one day, I’ll go there for him. Until then, I have these precious memories to cherish on this day of the life I had with this wonderful man I called my husband.

2 thoughts on ““Our Anniversary””