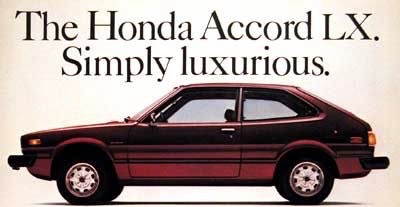 Would you believe me if I told you that I owned a purple car? In a lifetime far, far away, I did. If I never mentioned it to you, it’s because I completely forgot that I did until I woke up with it on my mind as fresh as if it were yesterday. Oh, my goodness, what a blast from the past! Wow, when was that? Let me see, oh yes, I remember now. It was my second year in college. I had just started dating Mark and still living at home.

Mark and I came from two different worlds. Mark grew up in Pacifica, and as soon as he acquired his driver’s license at 16, he bought a car, and the rest was history. His siblings did the same. That was the difference between living life in the suburbs compared to living life in the big city. Yep, you guessed it. I lived in the big city. I was the Muni Queen. Did you want to get somewhere in the city? You came to the right person. I would direct you anywhere you wanted to go via Muni. Why would I need a car? There was no need for a car. Where would I park it when it left my parents’ driveway? However, in Mark’s mind, I needed a car.

It didn’t take much window shopping since I already had my eyes on the beautiful burgundy Honda Accord LX hatchback. Oh, you know what? I see a pattern here as I tell you this. I loved Mark’s BMW 318 TI, a hatchback, and currently, I own a Veloster, which is also a hatchback. I see the pattern. I never realized that I am a hatchback kind of gal, but it all makes sense now.

We found the exact car I wanted at the Honda dealership in San Mateo. It was a slam dunk, and I became a proud, nervous new car owner. If only it were a slam dunk! I’m not sure how I landed that deal. At that moment, I was unemployed for the first time since I began working at age 14. The company I worked for through school relocated to Petaluma. Since I didn’t take the relocation offer, I was newly jobless with minuscule savings, translating to zilch. I had a Visa card that I established when I turned eighteen and was in good standing, affording me a cash advance of $1,600 for my down payment.

My beautiful new car sparkled on my parents’ driveway. I dusted off little debris that distorted her beauty on my way to and from the bus stop as I got my daily steps in through the financial district where I periodically dropped off my resume. On the weekends, Mark took us out for a spin, while he killed two birds with one stone and taught me to drive my new 5-speed vehicle that I was petrified to drive in fear of damaging her. I think my heart attacks began about this time in my life. I’m sure it contributed to the inevitable. That’s my story, and I’m sticking to it.

A few weeks later, it was almost time to make the first car payment, and my Visa bill was due. I still had no job. I was nowhere near ready to drive this baby, either. The only thing I was excelling in was contributing to my future heart attack. My options were thin. The logical thing to do was to return the car to the dealership.

The salesman was livid and lashed everything at us he could while restraining himself from uttering profanities. He hollered, “Your credit will be ruined! You’ll never be able to buy another car again!” and on and on. On the other hand, the manager spoke calmly, softly, and apologized for his salesman’s unprofessional behavior while consoling us that, once in a while, they made a mistake and released me from the deal. Phew! What a relief!

Once, I returned the $1,600 to my Visa, my short-lived purple car story concluded. As much as I would’ve loved a long, happy relationship with this baby, but the timing was way off, and she was not in accord with my life at that moment.