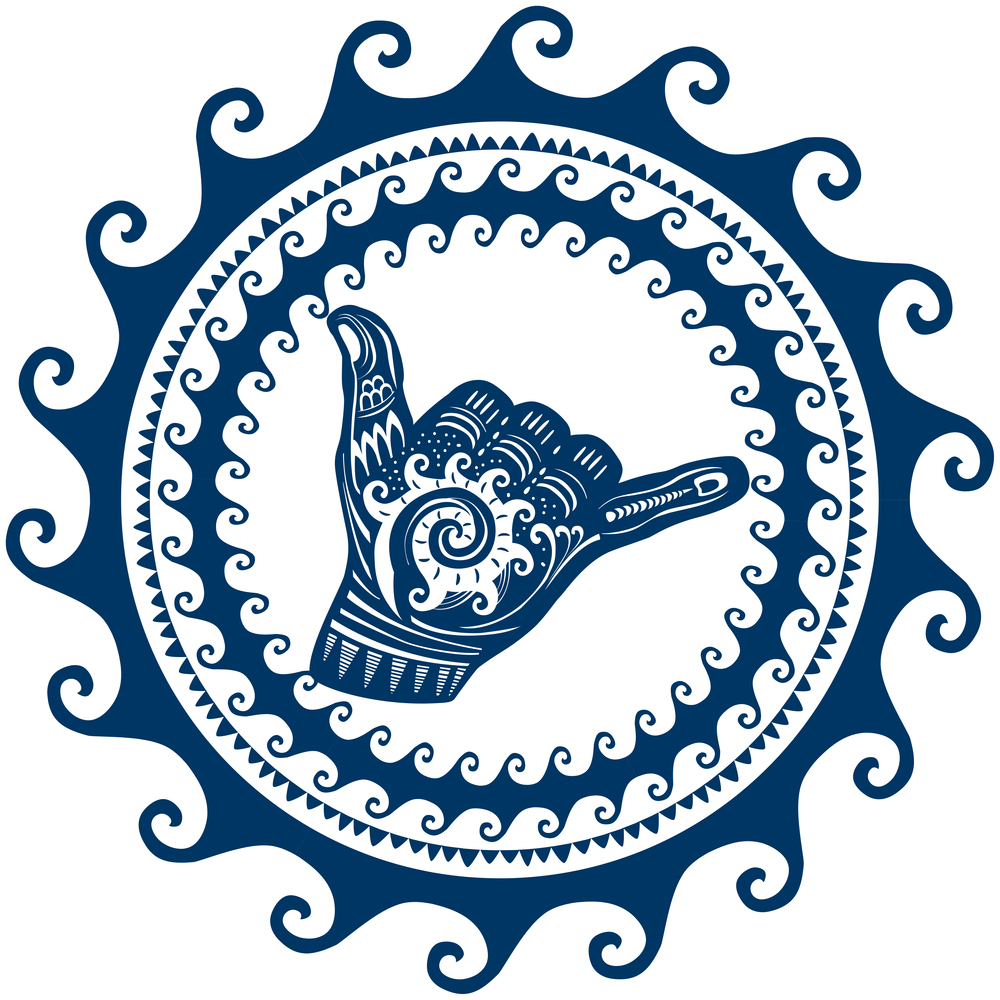 After those three horrible first dates with no second date in sight, I give up! This is it. I better get used to it. I’m going to die alone. I stink at the dating game. Mother was right. Ugh. I can’t stand it when she says, ‘You’ll never find a perfect guy like your sister did.’ Sandy mimicked her mother as she heard her mother’s voice in her head. Of course, Josie found the perfect guy. She always gets the guy she wants. She is everybody’s pride and joy. I sucked at being in her shadow, and now I suck at finding a guy—I’m not talking about the perfect guy either—but just a guy. Sandy plodded towards her office, beating herself up along the way.

Sandy slowed her pace as she neared the curb, anticipating the signal light to turn green. The color reminded her of the aqua talisman, her best friend gave her. She reached for the pendant dangling from a chain around her neck, and she rubbed it between her fingers, contemplating Amy’s assurance that this wasn’t any ordinary pendant but was a talisman with magic powers to grant the wearer true love. “When will you work your magic?” she mumbled as the red light changed to green.

“How did your date with Todd go last night?” Amy surprised Sandy from behind. Sandy glanced at her friend as she stepped into the Coffee Bar line downstairs from their office.

Sandy greeted Amy with sad puppy dog eyes and shook her head. “Don’t ask!” She inhaled the refreshing aroma of freshly brewing coffee, savoring the scent before blowing out a quick breath in hopes of shaking off her bad fortune.

“Uh oh, something tells me it didn’t go well,” Amy grimaced. Sandy gave her that ‘you’d think?’ look. “What happened? It can’t be that bad, right?”

“Worst! How could I have been so wrong?” Sandy brushed her short lock of hair that the light breeze blew across her face.

“Wrong about what? That you thought he was the one for you? I mean, we both did. He seemed so perfect,” Amy exclaimed. “What happened?”

“Right. If I weren’t getting married in a month, I would date him.”

Sandy ignored her friend’s comment. Took a small step forward, advancing along behind the customer ahead of her. “I don’t know what’s wrong with me. We seemed to hit it off fine. Then it went south.” Sandy sighed heavily. “It’s happening again. Whenever I’m with a guy I like, I get all clumsy and stupid. I can’t form a full sentence. I get tongue-tied. I can’t do anything right. He’s never going to ask me out again. I know it. Not after I spat the shrimp at him!” Sandy gushed.

“You spat shrimp at him? I can’t imagine why, but that’s not so bad, right?” Amy tried to console her friend as she moved along in line, accidentally bumping into a customer leaving. “Oh, ‘cuse me,” she said to the patron.

“It is if it was dipped in red sriracha sauce! I was so embarrassed,” Sandy felt her face heat up at the memory.

“I don’t. That’s why I spat it out. I thought it was the cocktail sauce. Even my aim sucked. Who puts out the hot sauce with shrimp anyway?” Sandy shrugged and shook her head. “I offered to buy him a new shirt, but he was too infuriated to answer. Oh, Amy, you should’ve seen him. He was like a Jekyll and Hyde. Super nice and gentlemanly at first. The worst I got, the more impatient and ruder he became with me.” Sandy turned and looked at Amy in the eyes. “He can be a pretty ugly guy!” Sandy turned back forward and kept pace with the line. “Now, even if he wanted to ask me out again, I don’t think I want anything to do with him!” Sandy said as she approached the counter.

“He’s never that friendly with me,” Amy whispered into Sandy’s ear. “He’s kind of cute, don’t you think?”

Sandy gently pushed her friend aside, and she said to the barista, “Hey Tony, could I get a Mocha with extra whip, please?”

“We’re feeling adventurous today, huh? Tony winked at her as he rang up her order. Sandy winced at him and turned back to Amy without missing a beat.

“That wasn’t all. I tripped on a cane sticking out from under the table next to us, and, get this—I spilled my wine on Todd’s lap.”

“I wasn’t kidding. It was bad. It was beyond bad. I wouldn’t want to go out with me again!”

“Gotcha! I gotta hand it to you. You know how to make an impression on a man,” Amy rolled her eyes at Sandy before she placed her order, “I’ll take a latte with soy, Tony.” She shook her head and rolled her eyes at Tony as she pointed a finger over her shoulder towards Sandy, who was hiding her face with her hand. Tony shrugged, smiled, then rang up her drink order.

Shortly afterward, Tony handed Amy her coffee, “there you go, Amy.” Amy smiled and raised her cup to him as her way of thanking him. He held out Sandy’s cup towards her. She reached for it, but he didn’t let it go, causing her to look up at him. He gazed into her eyes and smiled, “have a nice day, Sandy,” before letting her take the cup.

“I think he likes you,” Amy whispered as she linked her arm with Sandy’s on their way out of the Coffee Bar. Before Sandy could respond, Amy added, “Don’t worry, honey, you will soon meet your perfect man. I promise. Who knows, he might be right in front of you.”

A couple of hours later, Amy texted Sandy to meet her at the Coffee Bar for a break. Sandy arrived there before Amy did. It was off-peak and quiet. “Hey, Sandy, you back for a refill on that mocha?” Tony asked as he wiped a table. “I’ll be right with you.”

Sandy looked around before answering. “Amy wanted to meet here. I’ll wait for her.” She took a seat at a pub table, glancing outside for Amy.

Tony finished wiping the table and headed towards Sandy, all ready to say something to her. Before he reached her, a guy resembling Brad Pitt beat him to it. Sandy’s eyes followed the stranger as he walked in. She was taken by surprise when he stopped at her table.

“I’m Norm. I just started working on the 5th floor,” he reached out his hand to her.

“Nice to meet you. I’m Sandy. I work on the 9th floor,” she shook his hand. “Welcome to the company!”

“I’m waiting for a friend, but that’s fine,” Sandy pointed to the chair in front of her.

As they chatted, Sandy wondered what was taking Amy so long. It wasn’t like her to be tardy. The more Norm and Sandy talked, she soon forgot about Amy. They had many things in common. Her spirits began to lift. She rubbed her talisman and smiled as she enjoyed the moment with this good-looking man who happens to be a great conversationalist, too.

A moment later, he glanced at his watch and realized he had to get to a meeting. He asked Sandy out for dinner that night to continue getting to know each other. They exchanged numbers, and he headed out the door. She watched him walk away and saw Amy approaching. She got up to order their drinks when with her back to the doorway, she overheard Norm and Amy talking just outside the entrance where sound traveled like a speaker through the opening.

“She didn’t suspect a thing. I got a date with her for tonight,” Norm chuckled.

“Sorry, I’m late, I got caught up on a call…” Amy stopped talking when she walked in and saw Sandy turn around, eyebrows furrowed, eyes glaring with her jaw clenched. Amy inhaled and leaned her body as far away from her friend as possible, preparing for the blows to come.

“I’m sorry. I was only trying to help,” Amy clasped her hands in front of her chest, hoping it would help her plead.

“You didn’t believe I could find a guy? What about this stupid talisman? Don’t you believe in it yourself?” Sandy yanked the necklace off and tossed it on the counter. “I should have known something was fishy when we had so many things in common.”

Standing behind the counter, Tony, ready to take her order, glanced at the pendant, “cool necklace.” He made a hang loose gesture with his hand towards Amy, then to Sandy.

Sandy stared at Tony and grimaced.

Sandy turned to Amy with her hands on her hips, “Your magic talisman is a hang loose symbol? I feel so stupid. I never took a good look at it. I trusted you, Amy!”

“I’m sorry. I wasn’t trying to trick you. I was only trying to help lift your spirits. You were so depressed and down on yourself. I had to do something to help you believe in yourself again. I was hoping to lend you a little confidence until you regain your own. I happened to have that necklace with me, so I made it up. Please don’t be mad at me! I meant well.”

Sandy sighed. Shook her head. “I don’t know what to feel right now. I’m more embarrassed than anything else. How can I be mad at you? You’re my best friend. I know you mean well.”

“Does that mean you forgive me?”

“Yeah, but I’m not going out with Norm tonight.”

“You know, if you don’t mind my saying so, you don’t need a magic necklace. You just need to be yourself. Any guy who doesn’t see the wonderful person you are doesn’t deserve you,” Tony pushed the necklace around on the counter.

“Thanks, Tony, that’s nice of you to say that,” Sandy smiled. “I needed that right now. Thank you.”

“I meant it,” Tony blushed. “You know, you guys are always together. I was waiting for a moment when you were alone,” he said to Sandy, “because I wanted to ask you out sometime, but you were never alone.”

“Did you put him up to this?” Sandy glared at Amy.

Amy shook her head. “Nope. I’m not taking the credit for this one. It’s all him. I’ve never said more than my drink order to him.”

Sandy glanced at Tony, who nodded his head and grinned.

She grabbed the necklace off the counter and handed it to Amy. “Thanks, best friend, he’s right. I don’t need a magic talisman when I have friends like you guys.”

Sandy glanced at Tony and smiled, “Sure, I’d love to go out with you.”

3 thoughts on “The Talisman”