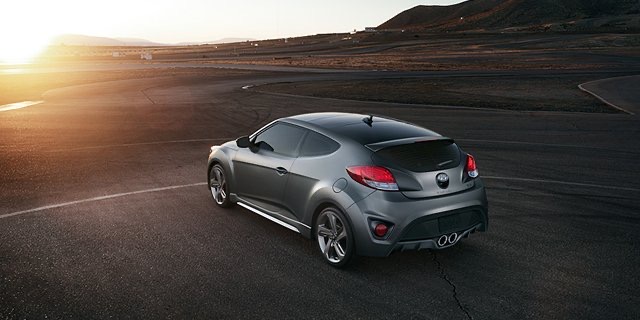 “Don’t you dare!” I gritted my teeth, leaned forward, squeezed my steering wheel tighter with both hands at 10 and 2 as my foot slammed the accelerator. The little old granny with the curly salt and pepper bob and half-frame glasses called my bluff, pulling out from the driveway where she patiently waited for me to close the gap between us before making her move. It was a battle of wits between her big aging sedan and my cute little sporty coupe. I slammed on my brakes, admitting defeat. Aghast! She turned left in front of me and snailed down the road past me like she was out for her Sunday drive—unphased—never once looking my way. “The nerve!” I said under my breath, glaring at her one last time before I hit the accelerator.

Stiff fuming, I made my right turn from West Orange into the fast lane on El Camino; just passing Little Lucca were two cars on the south side waiting to turn left in front of me. I gave them the ‘I’m watching you’ stare, which seemed to keep them at bay. I geared up. I heard a cynical “Ha ha ha ha,” come from inside my car, but I’m all alone. Then I heard those familiar words, “Don’t you dare!” I felt my teeth-gritting, my body leaned forward, my fists tightened around my steering wheel, and, instinctively, my foot pressed down on the accelerator. The ever-so-patient black Mazda faked me out that I had the road. I was in control. Only to change his mind, or more likely, calling my bluff when he gunned up and U-turned just yards away, forcing me to slam on the brake to avoid hitting him. “How dare you?” I sped into the middle lane and chased him down. I pulled up next to him to see who would dare to cross me on the road. It was a man in his late twenties or early thirties, dark-complected, with black hair that needs a cut, who wasn’t afraid of me. What’s up with this? He acted like it was business as usual, and nothing out of the ordinary, like his cutting me off, happened.

You know you’re having one of those days when you start to see a pattern. Today, I’m invisible! How did I know? I’m glad you asked. It was apparent to me at the Safeway express line where the middle-aged Asian woman ahead of me finished up. I moved my groceries from my cart onto the conveyor. I glanced at my watch, and I have plenty of time to make my 12:40 appointment with time to spare. Maybe not. The customer began questioning the prices of almost every item the checker placed into her two shopping bags. She took out each item, made a big to-do, and had him rescan. When she didn’t get the satisfaction she expected, she began surfing her phone and showing him her complaint. Never once did either of them look my way or take notice that I was impatiently standing there waiting. At 12:52, the clerk moved her along and called for a manager—finally, my turn. No greeting or apologies were made. It wasn’t necessary. I was invisible.

After my appointment, I encountered another car that cut me off. Ugh. What a day! I raced home and stayed there. Mark teased me for being a Jekyll and Hyde out on the road. Now you know my secret. Shhhh, let’s keep it to ourselves, all right? Seriously, I’m clowning around. Don’t worry. I’m a careful driver. I may have some off days, but for the most part, I’m careful. These other drivers, however, now, they were either rude or dangerously idiotic to cut out in front of me as they did. Lucky for them, I wasn’t Mr. Hyde at that moment. Otherwise, they would’ve been in trouble while I was in stealth mode.