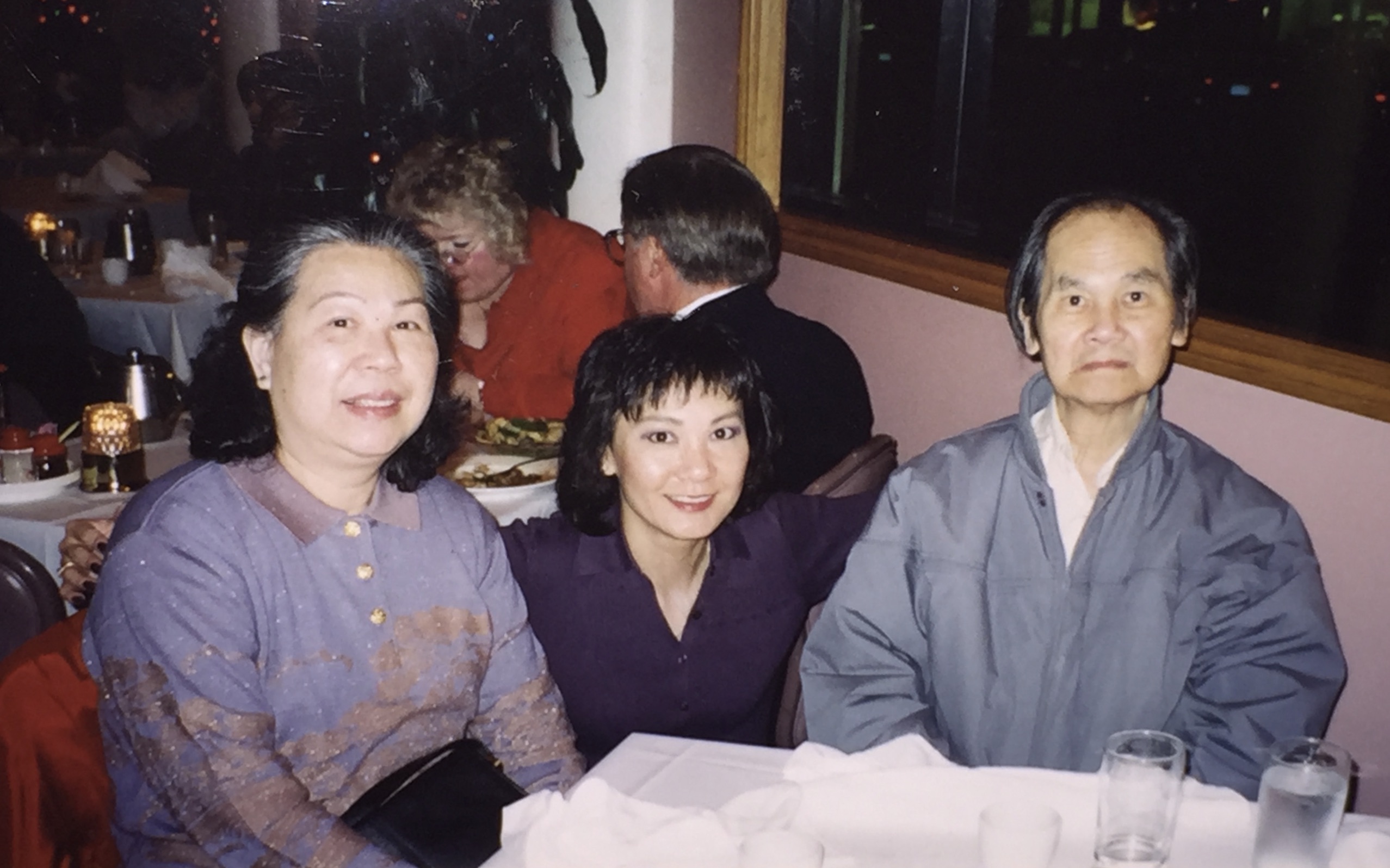 “Mommy, who took the small 3×3 black and white photo of you holding me when I was about two?”  I asked.

“It was your father who took the picture.  He was a shutterbug back in those days.”

Her words surprised me.  I don’t remember seeing Daddy touch a camera let alone take a picture. “How much about Daddy do I remember?  How much do I actually know about him?”  I pondered.

January 14, 2004 marked the second anniversary of his death.  Daddy was 73 when he passed away.  The doctor told us the cause of death was due to complications with his heart and lungs.  Daddy was blessed with excellent health although he smoked until he retired, and he enjoyed a glass of Johnny Walker, Canadian Mist, or Crown Royal with his dinner each night until his first stroke.

The one time he missed work due to an illness caused chaos in our house with my Mother pacing the floor while she waited for the doctor to come on the phone.  “Nothing to be alarmed about.  Joe has the flu.  He’ll live.” Dr. Long chuckled.  Daddy’s health began to deteriorate after he suffered his first stroke five years ago followed by a series of other strokes and mild heart attacks.

It’s hard for any child to see a parent age, ill or dying.  We tend to latch onto life as we remembered it from a child’s perspective where mommy and Daddy are young, vibrant, and seemed to always be there.  I’m no different.  I remember those days like they were yesterday.  I know life doesn’t go on forever and my parents won’t be around forever.  If only I knew then what I know now, I wouldn’t have said to Daddy so carelessly, “Oh whatever you want to make is fine with me,” when he asked me to help him decide what to make for dinner.  I understand the difficulty as I find myself pleading for suggestions in my own household.   I wish I could’ve made his life easier while I was growing up instead of being self-absorbed.  As it is, I don’t have the opportunity to do it all over again but I do have my memories.

My most vivid memories of my father are those during my teen years.  The man I remember most was worn down by a life of struggling to make ends meet.  He was a quiet man who rarely spoke but he was always there for us.  He was up and gone at dawn to the bakery in Chinatown where he spent six days a week making yummy cakes, pies, and cookies for a vast clientele.  Daddy got off work in the late afternoons just around the time we got home from school and it was always a thrill wondering what goodies he would bring home that day.  Most days it was custard pie but occasionally he brought home a special treat of chocolate or white sheet cake, donuts, chocolate chip cookies, or jellyroll, which was my favorite.  It didn’t matter if the jellyroll was filled with sweet raspberry filling or tart lemon filling.  I loved them all.

Daddy was a chef at a Chinese restaurant for many years before he became a baker and dinners for us were a multi-dish family-style meal with rice and fresh soup.  I often wonder if all Chinese families ate the same way.  When Daddy got home from his grocery stops, one of us would make him a cup of instant Taster’s Choice coffee while he started preparing our dinner.  By the time my mother came home from her sewing job late in the evening, we had our dinner.

After dinner, my sisters and I took turns clearing the table and doing the dishes while Daddy sat down in front of the TV to read his newspaper.  By then, he was always too tired to read, nodding off into a slumber lasting until my sisters and I went to bed.  Eventually, he woke up and read his paper before retiring for the night.

I couldn’t imagine Daddy having a life other than being our provider who went to work every day, ensured we had a nutritious meal each night and our basic needs were met.  From his collection of stamps, record albums, reel-to-reel tapes, and all the photographs of him playing the violin and the accordion, I know Daddy had a life other than the one I’m familiar with.  This helped me to believe Daddy could’ve been a shutterbug but why did he stop?

When I was a little girl, I used to sneak into my parents’ room to sit at Daddy’s small wooden writing desk with the three different sized drawers on the right, and a pencil drawer under the desktop that was released by pushing the lever underneath the drawer.  His desk, from the little lamp on the desktop to the fountain pens and bottles of ink meticulously placed in his drawer fascinated me.  I tried not to touch anything but curiosity always drew me to his drawers.  Every opportunity I had I’d gingerly open his drawers to peek in.  I was content merely looking at all of his things but there were a few items I couldn’t resist touching.  The crimson inkpad that smelled of yucky red lipstick was one of them.  I saw Daddy using it for his rubber stamp with a Chinese character I didn’t recognize.  Once, I accidentally got the red ink on my hands and had to hide my hands until the ink washed off.  I’m sure Daddy knew but he acted like he didn’t.  When my father gave me his little red and black abacus and his small English-Chinese dictionary, I couldn’t help wondering if it had anything to do with his catching me playing with them.  Perhaps he thought I’d leave his desk alone if he gave them to me?

He was a man of simple needs and he taught me the importance of sentimentality.  From him, I learned to appreciate people by remembering their special days.  Somehow you’d think my mother would be the one who would remember our birthdays but it was always Daddy who kept track and prepared a special dinner for each of us on our birthdays.  Going by both the Julian and the lunar calendars, we each get two birthday celebrations a year.  Since I could never make sense of the lunar calendar, it was a pleasant surprise when Daddy announced at dinner, “Happy birthday!”

It’s funny how growing up, there was always some tradition we disliked.  I remember the Christmases as a young child when Daddy took out a variety of dried goodies from green and red cherry halves, crushed walnuts to an assortment of other goodies I’ve forgotten but from them he made fruitcake.  My sisters and I hated fruitcake and we made faces as we exclaimed, “Eeeeeel,” to Daddy’s dismay yet he consistently made them each Christmas and gave them away as gifts.  After his death, I found Daddy’s old worn out recipe.  Now my sisters and I could revive Daddy’s tradition.

There were cherished traditions as well. One in particular that I missed after I left home was our New Year’s Eve celebrations, where both my parents would prepare many dishes of junk food we normally weren’t allowed to eat.  There were BBQ and regular potato chips, an assortment of nuts, and soda pop.  Mom made fried chicken wings and Daddy made my favorite, which was shrimp chips.  It always enchanted me how the hard translucent disks puffed into delicate multi-colored Styrofoam-like chips once Daddy immersed them into the hot oil.  I remember the joy our family had rushing around getting everything together in time to catch Dick Clark’s ball drop.

With two sisters, and me being the middle child, it was hard to feel my existence mattered to anyone.  Daddy must have known this when he chose me for his assistant in the kitchen during one of his baking sessions.  He sat me on a tall stool while he busied himself moving here and there, mixing and stirring ingredients for some dessert.  At age five it didn’t matter what he was making, I felt all grown up just being his assistant.  What did matter was Daddy’s smiling at me then as though he suddenly thought of something, he placed his dessert aside, took out a small bowl along with some ingredients, and he began making something else.  He whipped meticulously at this creamy mixture in the small bowl until it became fluffy, then he dipped a finger in to sample it and upon his satisfaction, he handed me the bowl.  I spooned the creamy mixture into my mouth savoring the delicate sweet custard that tasted of sugar and vanilla coating my tongue and throat with utter sweetness as the sugary aroma filled my nostrils.  I licked the bowl clean while watching Daddy continue working on his dessert and for a moment, I felt like the most important person in Daddy’s life.  It’s been almost forty years but this memory still warms my heart.

In my nostalgic mood, I went to visit Daddy’s grave with a bouquet of two-tone magenta and white carnations symbolizing a combination of our favorite colors, burgundy for my older sister, pink for my younger sister and purple for me.  I gazed at daddy’s photograph and I realize I can’t ask him why he stopped playing music, or why he stopped collecting stamps or why he stopped taking photographs.  I could only imagine why he might’ve done that and my guess would be, he placed a higher importance on caring for his family than he did on his own interests.  My heart is overjoyed knowing we were the most important things to him and I smiled at his photo before turning to leave, “Goodbye Daddy, I love you.”