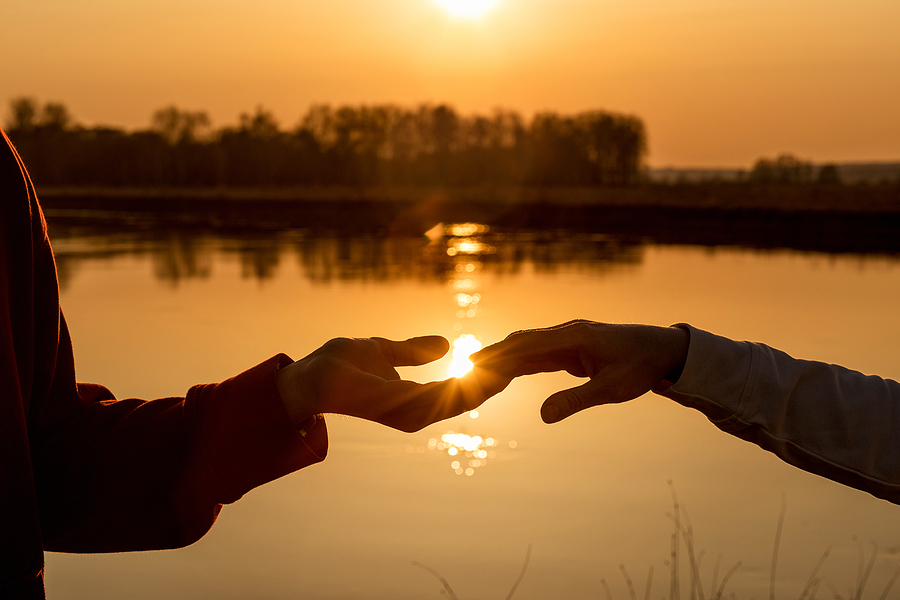 “Hey, how’s it going?” with a vibrant voice matching his smile, Peter waved as Amy maneuvered her shopping cart through the Costco entrance with one hand while showing him her membership card with the other. She meekly smiled without stopping. At the moment, listening to “One Summer Night” piping through her earbuds was more important than chatting with anyone. It was such a beautiful, hypnotic tune holding her captive since last night. After wandering through the warehouse, Amy felt a pang of guilt. ‘Maybe I should have been friendlier.’ It wasn’t every day that there wasn’t a mob of people entering with her. Today, for some reason, it was only him and her, but the music was more important than him. ‘It doesn’t matter,’ she thought. ‘He’s not interested in me. Besides, he sees mega-tons of females daily. Why would he be interested in me?’

Amy had already gone through the throes of heartbreak years back before Peter relocated to the San Diego Costco for a new position. After months of affableness with her seeking him out at the Costco where he worked before moving, he responded amicably, and a friendship seemed to blossom. Sadly, when Peter announced his relocating, they hugged and said goodbye. She said, “Stay in touch,” but he didn’t ask for her number.

A year earlier, Amy was surprised to see Peter back at her Costco when she finally got over him. Amy had no intentions of rekindling whatever it was they had. As far as she was concerned, they never knew each other. Peter seemed like a new person this time around—bubbly, happy, and super-friendly, as if the two reversed roles. He didn’t seem to see her, so she quietly slipped past him. Costco may be huge, but it’s not as big as you think when hiding from someone.

“Excuse me,” Amy said, turning around to the person she bumped into and gasped, staring right at the face she was avoiding.

“Hey, Amy! Good to see you,” Peter said, with a Duchenne smile, as he almost burst into song.

“Peter, hi! You’re back!” Amy stood frozen, unsure of herself and more uncertain of him. The only thing she was sure of was avoiding another broken heart.

“Fine. Thanks. Good seeing you. I have to run. Oh, um, welcome home,” Amy said, forcing a smile and surprised herself hearing the chill in her voice. Regaining her legs, she skedaddled off without looking back.

Since that day, it was inevitable that they would run into each other, but having survived the awkward first encounter, it was business as usual with the casual yet friendly “hi” but nothing more.

After wandering around the warehouse feeling guilty for not receiving Peter’s friendliness, Amy told herself that she would make it up to him on her way out. Such as life, things don’t always work out the way she expects them to. As the clerk surveyed her cart on her way out, Amy looked over to the entrance, and Peter was busy and dejected—the opposite of his bubbliness when Amy arrived, adding to her guilt. Her new plan, the next time she sees Peter, she’ll be on her best behavior and be nice, in other words, be herself instead of giving him the special “chilly” treatment.

One morning, Amy jolted awake from a too real dream hyperventilating. She stood under the soft glow of sunset in her dream with “One Summer Night” playing in the background. Her hand extended in front of her as her fingers slid slowly forward. In a mirror effect, a hand from the shadows slid towards hers, and their fingertips touched. She gazed from the hand up the arm to the owner’s face and awakened when she saw Peter’s face. What does that mean? Amy told herself it was only a silly dream that meant nothing. Maybe she still has feelings for him, but it wasn’t her call—Peter’s back. Nothing changed. His fresh scent and his sensual touch felt as if he was there with her. Since the dream, her demeanor softened, and she attempted to be friendlier towards him, but she would remain guarded.

“Hey, Amy! I had the strangest dream,” Peter said, raising his hand into the air.

Amy instinctively raised her hand to his. “I had the same dream,” she said, gazing into his eyes.

“I think we are supposed to be together,” he said.

“I think you are right.”

As they stood in the shadow of the setting sun, touching fingers as they did in their dream, Amy and Peter realized this was their destiny. They were meant to get together that one summer night.