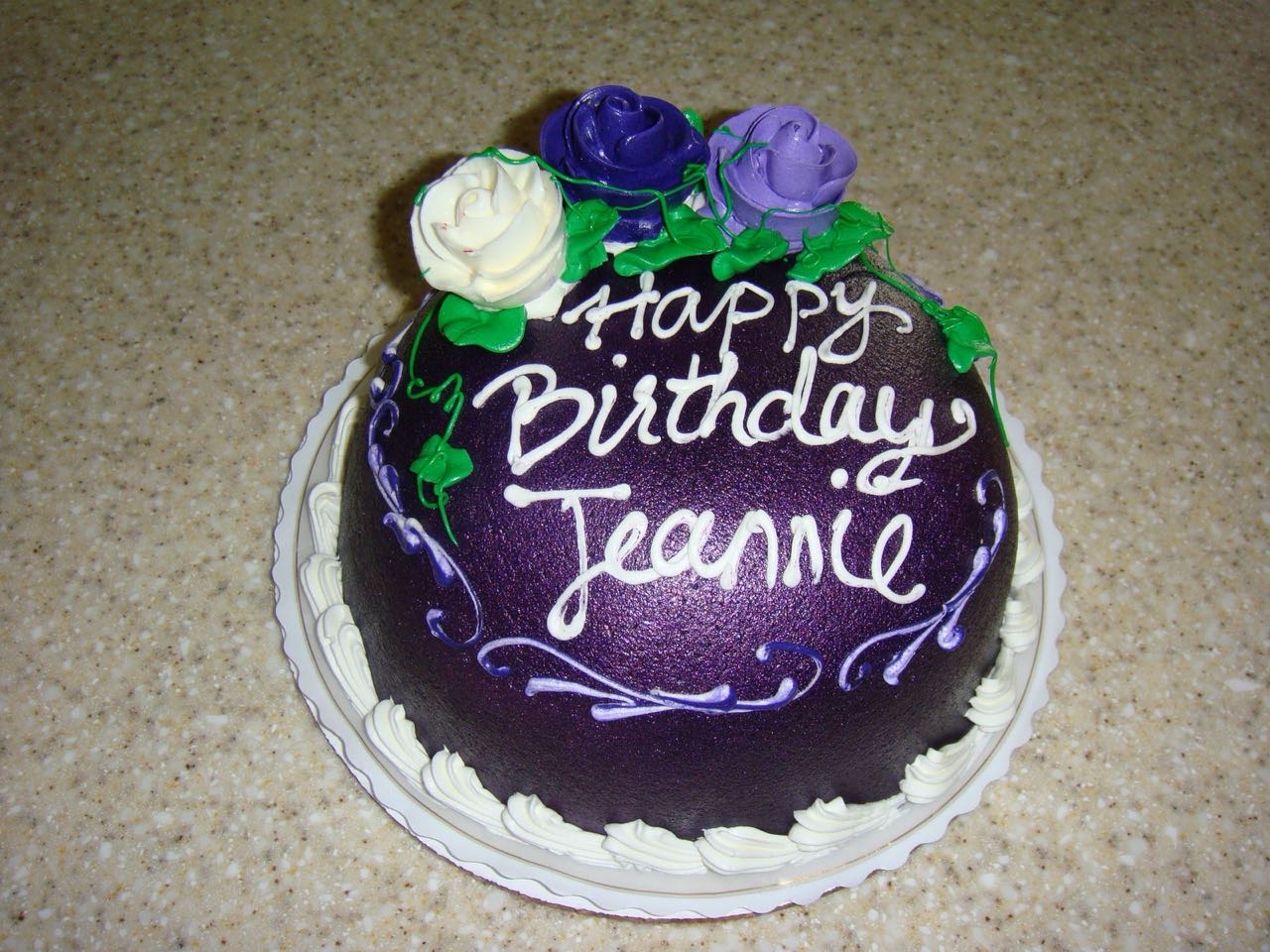 As July 9 approaches, I reflect upon the past year since I woke up with the unsettling pressure on my collar bone that was there, but then it wasn’t there. What was it? So subtle that I could have easily ignored it. It wasn’t a sore muscle. It wasn’t an ache. It wasn’t a pain. It wasn’t a nervy thing. It was something for sure, yet so faint like a shy little being hiding, whispering, “Here I am.” I couldn’t place it. The fact that the pressure was intermittent reminded me of my first heart attack four years ago, but this feeling was nothing like that one. That one was a sharp nervy sensation up my left bicep. When ignited by motion, that pressure caused me to stop—grit my teeth to bare down the pain until it passed.

I didn’t know what it was back then, either. I thought I pulled a muscle since I was lugging groceries to the office for a sandwich bar party that I was coordinating. I took a couple of days off after the party to rest my pulled muscle. While resting, there was no discomfort. The sensation and I reunited the morning I returned to work. I endured the pain three weeks before it screamed, “Enough!” on the eve of April 25, 2015, when my torso felt like it was ablaze during the warmup of my workout. It got my attention. I had never experienced or heard of someone experiencing this sensation before. Since it was Saturday, I googled my symptoms so I could explain to my doctor on Monday what was happening when I casually looked up heart attack symptoms for women, and there it was—my realization that I was having a heart attack!

I asked Mark if he thought I should go to ER or go to Walgreens for baby aspirin. Neither of us knew what to do. He asked me what I felt I needed. Ultimately, my common sense kicked in. I decided that if I went to Walgreens for baby aspirin and that didn’t work, I would still have to go to ER; however, if I went to ER and needed a baby aspirin, they would give me one. So, we headed to ER. Good decision! Usually, the sensation passed when I was immobile. That night, however, even stationary, the feeling intensified to a point where I held my breath and gripped my seat to bear down the pain.

The ER doctor looked at my chart and grimaced. He asked me who told me I had a heart attack. I replied, “Google,” and I fretted that he’d send me home, and I would need to call my doctor on Monday after all. Instead, he begrudgingly said that since I was there, he would have to examine me anyway.

Here’s an important takeaway for you. I was not a candidate for heart disease. I didn’t have high blood pressure—in fact, my blood pressure is always lower than average. I didn’t have high cholesterol or was overweight. I never smoked. I wished I could drink, but I am not a drinker either. After the ER doctor ran all the tests, he confirmed that I did have a small heart attack. Initially, they suspected my heart attack was brought on by stress and not a real heart attack. In the end, they determined that my genetic makeup predisposed me to a heart attack’s potential at some point in my life. Had my lifestyle choices been different, I might have had a heart attack years earlier.

In comparison with last year’s mild pressure, had I not been flying out to San Diego the next day, I might have done the same thing as I did four years ago and waited to see if the pressure would pass or eventually required another trip to ER. Why? The night before I went to bed feeling like superwoman, so the sudden heart attack that morning made no sense to me. It came out of the left field.

Long story short, after taking Nitroglycerin, the pressure subsided. I ended up driving myself to ER that afternoon with intentions of getting cleared for travel. After the ER evaluation, I was disappointed to learn that my vacation destination was reassigned from San Diego to Kaiser SSF for the duration of my vacation due to heart turbulence. So much for getting cleared for travel. This was the first time I got invited to join my family in celebrating the July birthdays in San Diego, and I was this close to making it—alas, I guess it was destiny not to be. In retrospect, it didn’t matter as I didn’t think I was going to make it to my birthday on 7/14 last year anyway.

I spent the whole week at Kaiser on pins and needles waiting for the medical staff to decide what to do with me. They thought my previous stent had failed, but it didn’t. Four years ago, my cardiologist put me on preventative meds after my heart attack, one being for cholesterol, which I became allergic to. It shot up my liver number to 483 when it should be below 40. Since I was doing so well with my diet, she decided that if I were allergic to that statin, I would be allergic to all of them, so she took me off the cholesterol med altogether. In hindsight, that was the mistake. The doctor at Kaiser said that had I been on even a minimal dosage, I would have been protected and not gotten the second heart attack.

My heart was a mess to the point where the doctor team deliberated two days, recruiting more doctors by the hour. They initially attempted to insert a new stent at the same location as the previous one, but when the surgeon discovered my broken heart, he deemed it too risky to perform the procedure. Instead, I would need a bypass! I had lost my husband seven months earlier, so it was logical that my heart was broken figuratively, but at this point, it was also broken literally. The medical team went back and forth on my options. They couldn’t agree on what to do with me. They concurred that it was too risky to open me up. My prospects were thinning by the second. One doctor blurted out in frustration that I was weeks away from another heart attack! Another doctor shrugged and said that had I gotten on that plane, I wouldn’t be here to talk about it now. I finally understood why the medical staff was treating me like I was fragile.

I was freaking out. I didn’t think I’d make it to my birthday, let alone go home. I really didn’t. What an eye-opening experience that week was! Even though Mark and I had a trust and our wills done, but lying in the hospital bed, I realized there was still so much that we hadn’t prepared for someone to take over our affairs. You don’t think about all these things until it happens to you—no fault of anyone’s. That’s just being human. I immediately started dictating to my executor everything I could think of that she’d need to know, such as keys, passwords, vendors’ contact info, bills, who was on autopay, and mundane things like that. These things aren’t included in the essential documents. Maybe they should be. I swore if I made it home, I’d start a spreadsheet to keep all this information updated, just in case.

Do you believe in blessings in disguise? I do. I dreaded my birthday last year because it would be the first one I had without Mark. Spending my birthday in the hospital blessed me with more visitors and way more birthday cake than I ever had in my life combined. It was a festive day filled with friend after friend visiting with some kind of yummy cake in hand—those who couldn’t make it sent bouquets. I was overwhelmed with joy. I felt loved. I not only made it to my birthday, but I also survived my first birthday as a widow thanks to the angels in my life.

My circle of friends and family surrounded me with kindness and a whirlpool of prayers. My family in San Diego was standing by to fly up at a moment’s notice to be with me for my bypass. My local friends were ready and willing to assist me anyway I needed. My girlfriend, Iggy, was at my beck and call from the moment she met me in ER to helping me drive my car home to manage my needs big and small, no complaints. My girlfriend, Lily, practically force me to stay at her home for my six weeks post-surgery recovery so she could care for me. My other girlfriend, Lena, jumped to be my chauffeur upon the doctor’s saying I would need a chauffeur when I got home. For a single person, it was hard to feel alone with such blessings.

Do you ever get that feeling where you’re beyond tire to care? By this time, I no longer cared what the doctors were considering since each update consisted of one procedure or another—all requiring pricking or cutting me open. It was all in God’s hands anyway. I hoped for the best, but I prepared for whatever He had in store for me. Although I missed Mark and I know he’s preparing a purple room for me in heaven, I wasn’t ready to join him yet. I need to achieve the goals that we had set for me first.

On the day I would have flown home from San Diego, the doctor’s team finally arrived at a decision. No stent. No bypass. I was going home with a Coumadin treatment plan instead. They would reevaluate my heart in three months to see if it strengthened enough to withstand a procedure or surgery if one was still needed. I couldn’t believe my ears, but I was eternally grateful.

During my recovery at home, I began a plant-based diet, resumed a regular workout regime, and prayed daily for God to chisel away all the blockages and restore my heart.  I did everything I could to get healthier and rested, allowing God to heal me from within. God promised not to forsake me, and He didn’t. Three months later, my echocardiogram revealed the blockages around the old stent area were miraculously gone! My cardiologist took me off my treatment effective immediately. Two months later, in my follow-up echocardiogram, my cardiologist announced that my heart had improved even more, and she could barely tell that I ever had a heart attack.

Not every day, and not everybody gets a second chance. I don’t take anything for granted. God allowed me a second chance to live my life, and I’m not going to squander it either. I am living each day to the fullness. Utilizing all His blessings and striving to become all that I can be so that when it’s my turn to stand at the pearly gates, I would have lived a full and abundant life, achieving my purpose, and making a difference before I go. Until then, I am thankful I get to celebrate another birthday.

Pictured: My all-time favorite birthday cake that Mark special ordered for me one year.

7 thoughts on “Do You Believe in Second Chances?”