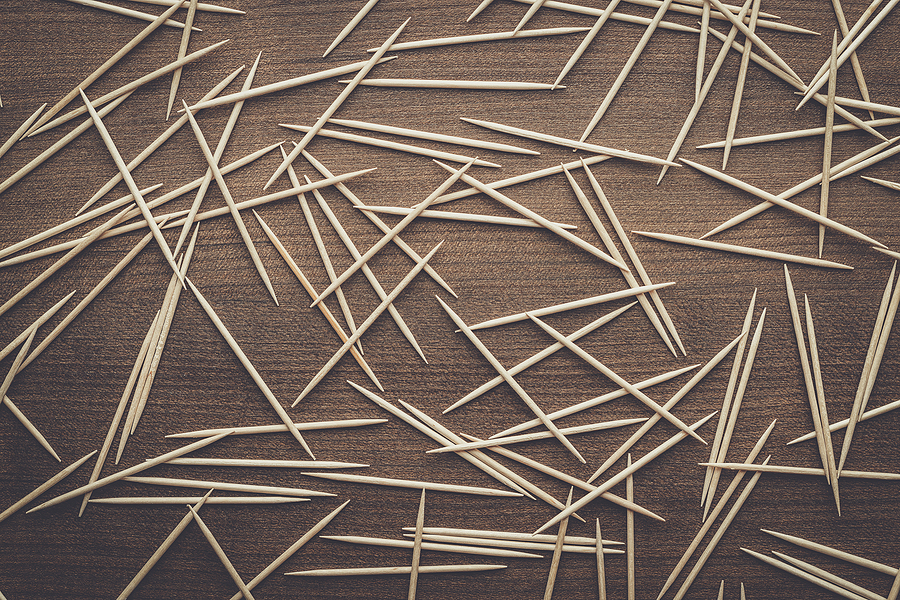 This time last year, his trip home to spend Valentine’s Day with his wife was interrupted by an assignment. The assignment to restore the elegant wood tables at the Divine Mansion kept him away longer than he expected. Every night and every morning, he lies in his bed, picturing her smiling and blowing kisses and saying, ‘I love you’ as she drifts farther and farther away. He reaches out to her, and he is encouraged to keep on working.

He stooped over the oblong table like a pool player. His face, mere inches away from the surface. His eyes fixated on the spot amid thick shavings that looked like large flakes of dandruff. He worked the pointy tip of the toothpick into the varnish. “You have to be careful not to damage the lacquer finish beneath the varnish. You see, if you do damage the table, that would mean overtime. They won’t like it. They will make us repair the damage, you see. Quite frankly, I don’t have the time to do that. You see, I have a deadline I’m trying to meet.” He spoke in almost a hypnotic whisper without looking up. He repositioned his arm, tensing his grip in preparation for the rapid strokes needed to graze the top layer.

When he worked up momentum, the varnish flicked off the table like pieces of rice paper. “Removing the varnish from these fine tables requires a master’s skill. Not just anybody has the knack for this. We’re lucky, we do.” He chuckled. “The whole table can’t be treated the same way, you see. Believe me, I know. I’ve encountered a dozen different surfaces. The varnish comes right off with just a flick of the toothpick in some areas, but other areas require more persistence. But not to worry, you see, I have devised ways to get around them.” He continued talking into the table. A page from the PA system periodically drowned out his voice. Cellophane crumbs covered the surface of the mahogany table, and snowflake shavings dusted the hardwood floor around where he worked.

He scraped each spot with determination following it farther and farther across the table in steady swiftness. “When the momentum is broken, then we refocus and work another area for a while. I like to come back to these tough spots later. You see, I get a lot more done that way. I like to finish parts of the table in succession, but tough spots slow me down. I’ve got to hurry, you see.” Just then, he came upon a stubborn spot that wouldn’t budge. He scratched at it with his fingernail, and it cleared a path right through. He held a finger up to his lips, “Shh, and that’s the secret to how you do it.”

“Be careful now. Can’t push too hard. You see, don’t wanna dent the table and don’t wanna break another toothpick.” He let out a breath that blew the flakes about the table. “Supplies are hard to come by depending on the staff. There seems to be a high turnover around here.”

The body of the toothpick dug into the flesh of his fingers. It didn’t bother him. He has become numb to the pain. “I have to finish this one last table. Then they’ll let me go.” Sweat soaked through his white tee shirt. But he kept going.

He stopped to change hands when he couldn’t press down anymore. He swung his arm to toss the toothpick onto the table, but it didn’t fall out of his grip. The toothpick embedded itself into the flesh of his fingers. He had to yank it loose from his right hand before he could toss it onto the table. He rubbed at his calloused fingertips and massaged one stiff finger at a time. He stood up straight and became aware of the tension that built up in his back. He arched backward and stretched as he surveyed the table. He groaned. He took a deep breath and sucked in the familiar medicinal musky dampness. He rubbed his eyes to refocus.

“Oh God! I’ve still got half the table to go. I’ll never finish in time. Wrong attitude! No choice. I must finish then I can go home to my wife. It seems like forever since I’ve spoken to her, but she’ll understand. I’ve been busy. She’ll appreciate that I’ve devoted all my time to getting home to her. I know she’ll be surprised.”

He wiped the sweat from his hair and face with his already wet arms. He licked the salty sweat from his upper lip, changed hands, and resumed scraping the varnish.

“Excuse me…excuse me,” she tapped him on the shoulder. “Could you tell me where the office is?”

“Sorry, didn’t mean to scare you.”

“The office is that way.” He pointed down the hall.

“Thanks. What are you working on?”

“Your job is to refinish this table?”

“Not just this table. All the wood tables here.”

“Really? How many have you already done?”

“I’ve done nine. Once I finish with this last table, I get to go home to my wife. Gotta finish this project in the next couple of weeks. I’m going to surprise her when I show up on Valentine’s Day.”

“That’s really nice. Well then, I’d better let you get back to work.” The young woman walked towards the direction he pointed. She padded along so that her clogs wouldn’t pound against the floor. She reached the office and saw a heavyset woman wearing a pale blue sweater sitting with her back to the door. She knocked even though the door was open. “Excuse me, Mrs. Bennett, is this where I report for duty?”

“You must be Kimberly. Hang your coat over there, and I’ll show you around.” The elderly lady stood up, pointed to the coat rack, and led Kimberly outside the office.

Kimberly heard mumbling coming from the man bent over with the toothpick scraping away at the table. She tried but couldn’t make out what he was saying. “Mrs. Bennett, who’s that guy over there?”

“That’s Peter. You give him a box of toothpicks, and he stays out of trouble.”

“He said he’s trying to finish that table so he could go home to his wife. That’s so sweet.” Kimberly said, glancing over, catching Mrs. Bennett’s frown. “What’s wrong?”

“His wife was killed this time last year. Her death sent him here to Divine Hope Sanitarium. He’s been doing that since he got here.”