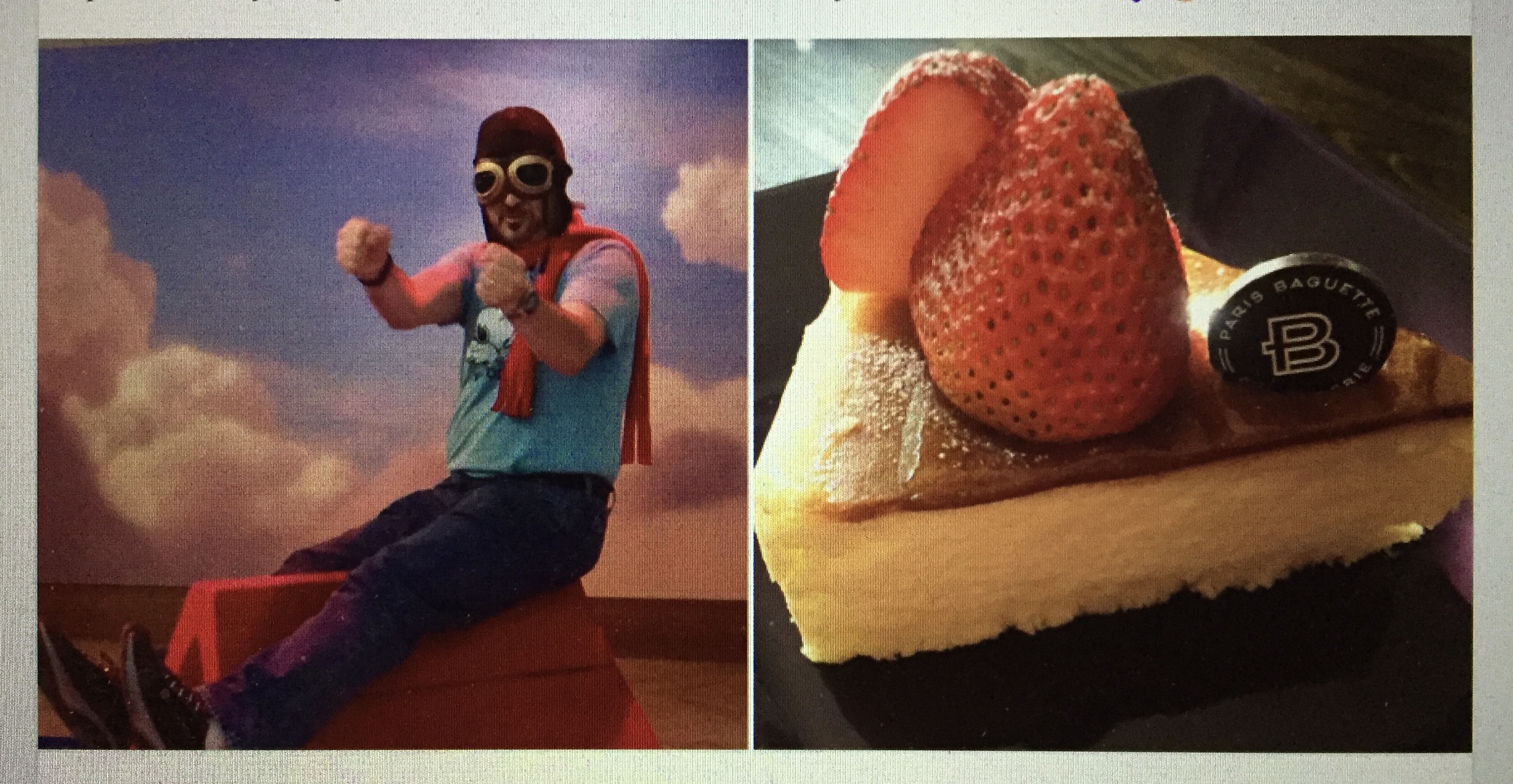 Today marks Globfly’s 38th-Month Angelversary—three years and two months since he relocated to heaven on 12/17/18.

This Angelversary, I wanted to cave and get Globfly a slice of apple pie. I’ve already honored his memory with many of his favorite foods, but I shy away from apple pie because I don’t care for it. He liked it a lot, but we agreed only on coconut cream in the pie category, and I’ve already done that one. Me, make it cherry or even blueberry pie—neither of which he liked.

Since this is also his Bday month, I figure I would do apple and even add a scoop of ice cream. However, it didn’t work out. Remember I mentioned that it’s an old habit that I automatically look for interesting goodies that he might like? Well, I just happened to be window-shopping (that’s my story, and I’m sticking to it.) at my now favorite haunt, Paris Baguette, and what did they have that caught my eye? Soufflé Cheesecake and that was it. “I can’t wait for Markie to try this.” It brought back memories of my early baking days when I attempted a soufflé cake. It was okay. Whaddaya think, Globfly? Yum? I thought so. Total yum. This offer was my attempt at righting that “just okay” experience for my honey.

Globfly was 100% introverted, but he was the biggest ham I knew with his funny hats and silly stunts like in this photo. Globfly thought he was The Flying Ace. I luv this guy. He was so fun.

Okay, I think Globfly’s pleased with my selection because I betcha he nudged me towards the Soufflé Cheesecake, and it was DELISH. He always had exquisite taste. Globfly, here’s to you, honey! I miss you every day more than words can say! ILYVVVVM  💜🖖👊