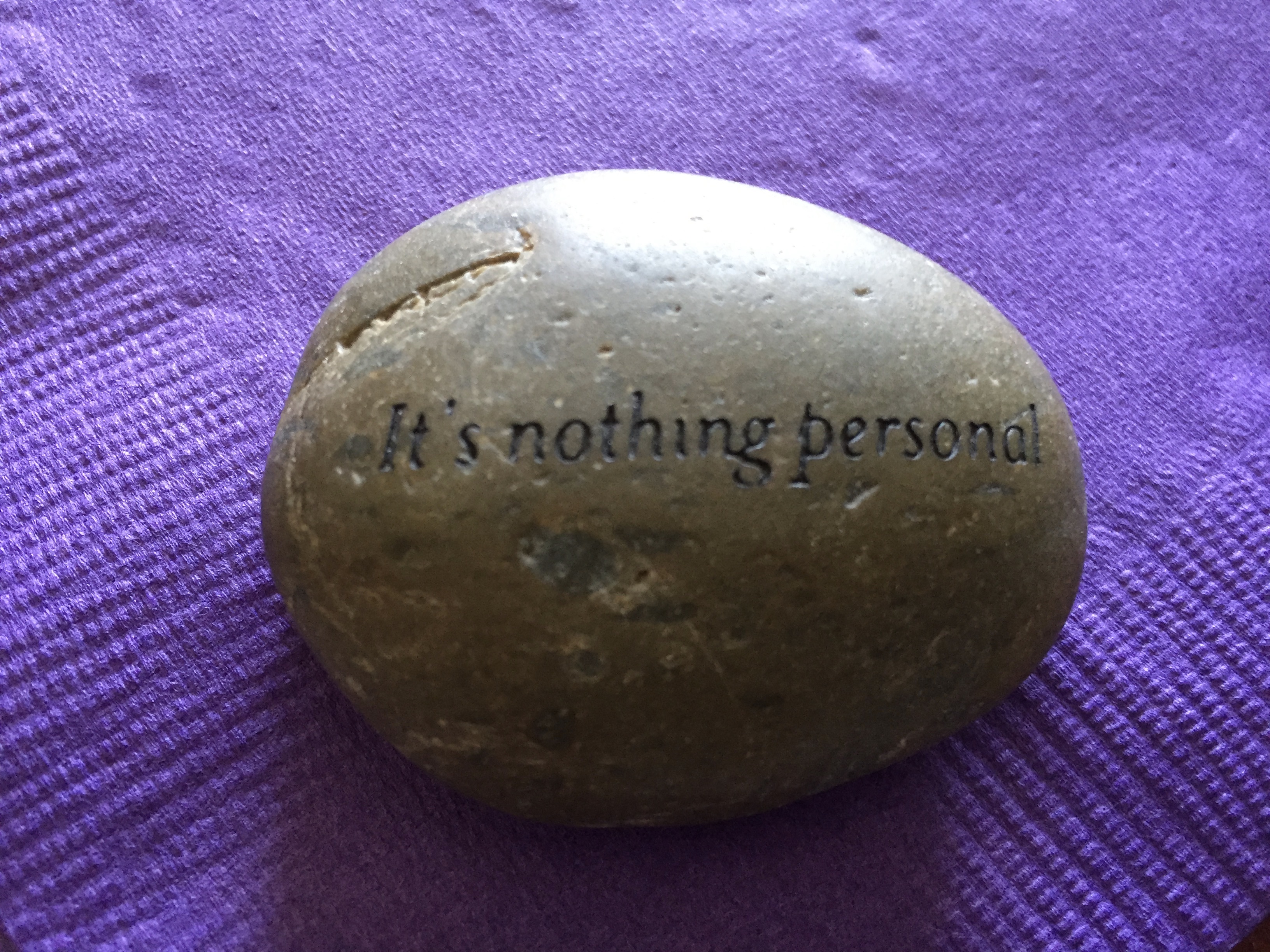 When you are alone, everything works out perfectly as you imagined. There’s nothing to trip you up. Well, you could be your worst enemy. Come to think of it, I have been my own saboteur, but that’s another story. Today, I want to share a revelation that I didn’t see coming. I could blame the pandemic, but who knows if things would have been the same or different sans the pandemic? Besides, blaming accomplishes nothing, so we won’t go there.

During this past year, I’ve been patting myself on the back, believing that I’ve arrived at being the person I strive to be. For the longest time, it felt like one step forward and six steps backward. It was a constant disappointing yet humbling endeavor. You can imagine how ecstatic I felt thinking I arrived. On the same token, what opportunities did I have during Shelter in Place that would allow me to test the waters? Not much, if any.

As I embrace the gradual community reopening and inevitably reencounter people, that’s where I collided with my old self, who has been lurking in the shadows waiting for this moment to come out again. It would be different if it were someone I wanted to see, but it wasn’t. I honestly thought I sent her packing long ago. Yet, here she was, causing havoc in my current life where I was happy with who I’ve become. Someone confident with every aspect of her life. Someone who is true to herself and doesn’t care what people think of her. One who proudly lives Jenny Joseph’s words, “When I am an old woman I shall wear purple…”  Okay, you got me there. I’ve been wearing purple long before I’m an old woman. The point is that I thought I became wiser than I was and that I left behind the negative thoughts and banter that used to haunt me.

When I began socializing with my new friends, I didn’t expect to revive those old insecurities that told me I wasn’t good enough and that these people are out of my league. I fretted over their response to my every comment. I worried about how they would receive something I said or didn’t say. It was darn if I do and darn if I don’t. I couldn’t win. It troubled me whether they liked or didn’t like me. I lost sleep over worrying. I felt juvenile. The year in hibernation caused me to forget all my social achievements, and I felt like I was starting social skill class 101.

Old habits die hard, and one of mine earned me a rock inscribed with “It’s Nothing Personal” on it for my meditation. This mantra always reminds me not to take everything and every one personally. It reminds me that everybody has baggage, and they might be having a bad day before they met with me that has nothing to do with me. They could’ve fought with their significant other or had a rough night’s sleep or whatever. My old habit would immediately assume they were mad at me or don’t like me or fill in the blank. The only truth here was that it was nothing personal to me, and that goes with each person I meet. I need to remember that whatever I perceive from them most likely has nothing to do with me but everything to do with their baggage. I must remain authentic to myself, and if someone doesn’t like me, then so be it. I shouldn’t change anything about myself for them. This is where the saying, “change the people around you,” comes into play.

It’s a long road back to the new me, but recognizing my issue is the beginning of the journey. I feel hopeful that with my awareness that I’ll strive to enjoy my new friends for who they are, baggage and all, as I keep telling myself that “It’s Nothing Personal.”