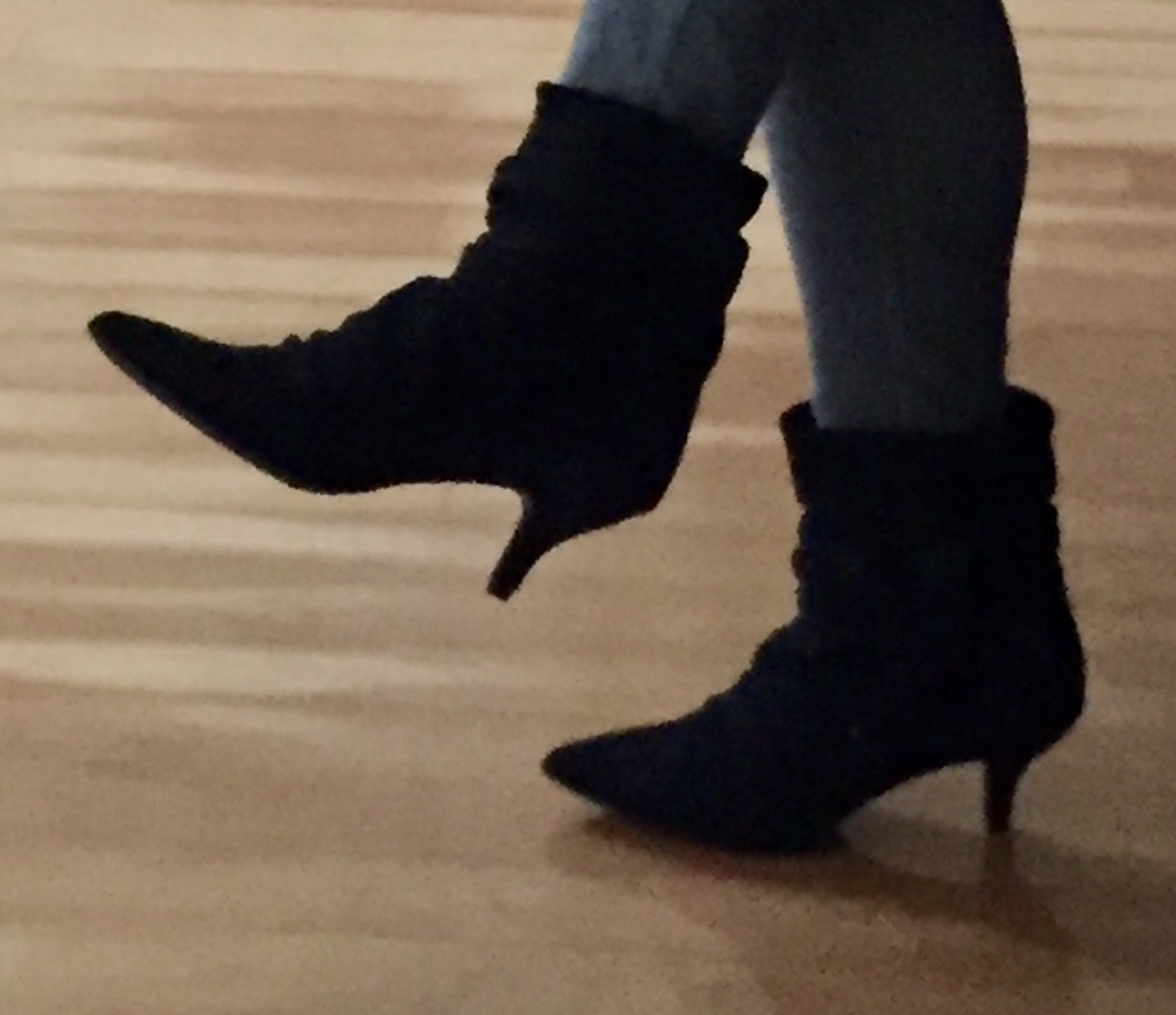 Did you ever get into your parents’ or your siblings’ stuff when you were explicitly told not to? I want to think everybody has, but I know a few goody two shoes out there who probably never did. Many people consider me a goody two shoe, but…truth be told, I have my dark side of naughty secrets. Hard to believe, right? (Chuckle.) Yeah, even I have been down that path. I have the whips to prove it, too. Well, luckily, there are no physical scars to show you, so you’ll have to take my word for it.

When I was about seven or eight, one of my favorite pastimes was to sneak up into our attic and dig through the boxes that my parents stashed away of old abandoned treasures. Treasures of who they were before life wore them down. From the boxes filled with stylish attire that screamed fashionista, it was hard to imagine them belonging to my mother. For as long as I remembered, my mother dressed practically and comfortably. Nothing splashy. Back in the day, women wore housecoats, and that’s how I remembered my mother until the modern woman began wearing pants. In any event, my mother remained a practical dresser. The only time she dressed up was for banquets. I followed her down that path, and in more ways than I dare to verbalize, which included tampering with her stash.

There was a medium-sized square cardboard box filled with my mother’s shoes in the attic. I visited that box the most, favoring two pairs of her shoes that I made my own, to mother’s dismay. She had a pair of pink embroidered round toe pumps that called to me. Back then, I didn’t meet purple yet, so this was the most beautiful pair of heels I had ever seen. I wore it, playing dress-up alone in the attic, quietly trying not to attract any attention. When I was done, I switched to the pair of cedar brown suede pointy toe stiletto ankle boots with a cute tassel down the side. Oh, how I loved that pair of boots!

Mother knew how much I adored those two pairs of shoes. She knew it the day she happened to discover that the heels of her boots were worn inward, not according to her walk pattern. Oops. Who’d think that would be a dead giveaway? Yes, I got whipped for wearing mother’s shoes, and more so, for ruining them for her. That’s what kids do. It was worth the whipping. It didn’t stop me from visiting my treasures until after we moved. I never saw my treasures again.

I forgot about them until I recently ran into a pair of pointy-toe kitty-heel stiletto ankle boots. Immediately, my mother’s boots came flooding back into my mind. I wonder what my mother did with them. I suspect she tossed them out. That’s such a shame that she couldn’t have given them to me. The pink embroidered pumps would’ve been perfect with her pink Cheongsam she gave me to wear on my wedding day. It would’ve been super special wearing my mother’s Cheongsam and her pumps. That may not sound like much, but to me, they were my mother’s treasures.

I don’t know what became of my mother’s shoes, but I have my everlasting memories of those gems and the days I spent playing dress-up in the attic with my Mama’s Stilettos.