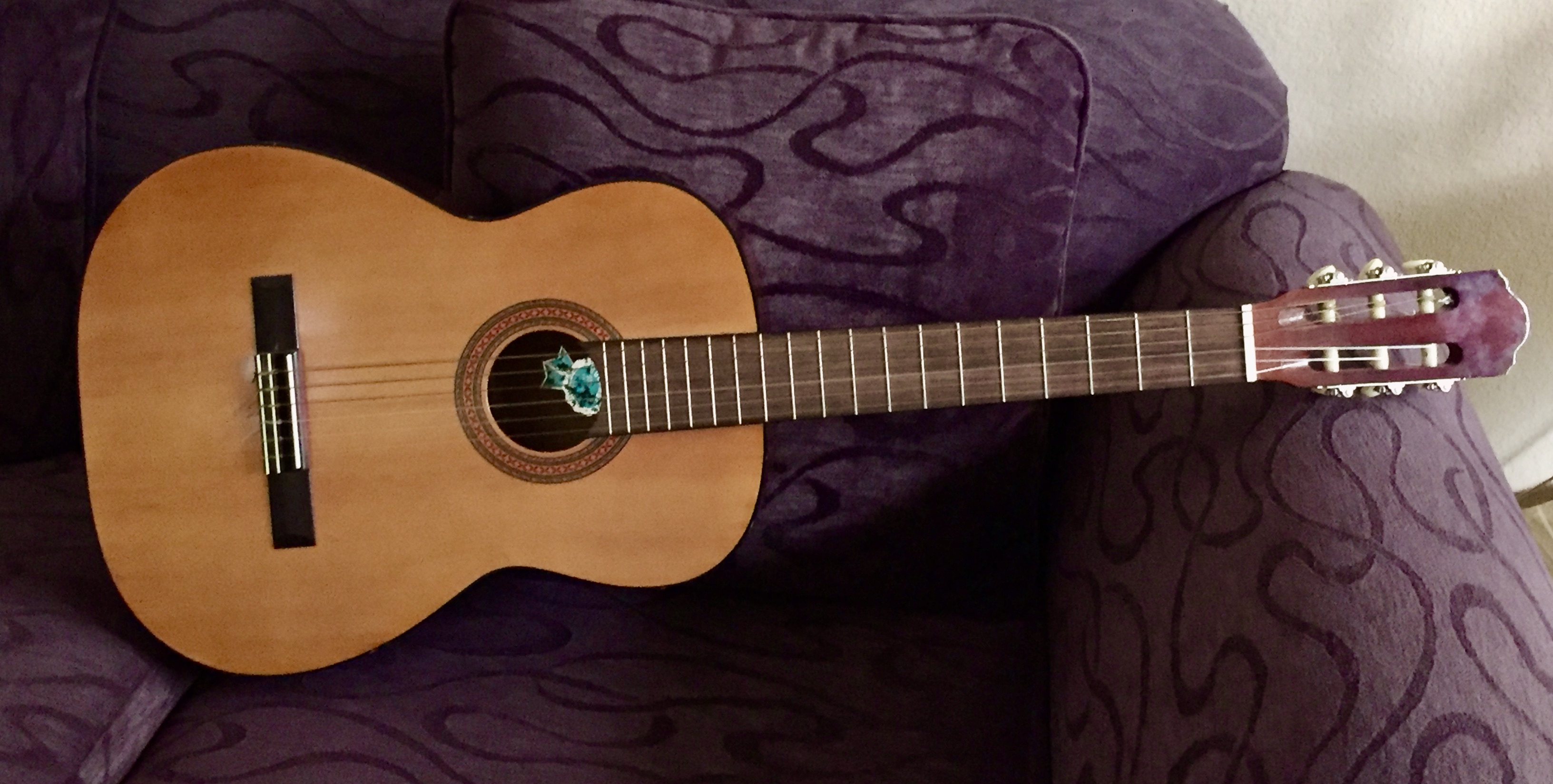 It was during my first year in high school when I saw the guitar in the store window that I couldn’t get out of my mind. I had a passion for the guitar over all other instruments for as long as I remembered. This was the closest I had ever been to the real thing. I wanted it so badly. Not that I knew how to play it once I got it, but that’s a different story. It was a big purchase. I mulled over it for days before I summoned the courage to walk into that store and bought it.

My sisters trampled over each other as they raced to greet me, or more likely to welcome my guitar, and were oohing and awing when they saw me enter the front door with it. Obviously, it didn’t fit in a shopping bag, and obviously, I couldn’t hide it from plain sight. I didn’t have to say anything as my sisters grabbed my guitar from my hands and began examining it and talking over each other in excitement and surprise. I don’t remember precisely the banter that took place, but neither knew that I ever had an interest or a desire to buy a guitar, but there it was. They were more excited than I.

Hours later, when my mother came home from work and saw my guitar, her eyes expanded like a hot air balloon. She grabbed my guitar by the neck and asked, “Whose is this?” Again, I didn’t have to say a word. All fingers pointed at me.

My mother came towards me, choking my poor guitar in my face.  Mother wrapped her other hand around my guitar’s neck like a noose. She raised her arms over her head with clenched teeth; she said, “No daughter of mine is playing the guitar!” BAM! She released the neck of my guitar as its short-lived body crashed into the hall table. She left my sisters and me standing there in the hallway in shock. My sisters collected the guitar fragments gingerly as if not to hurt it further. I watched it as if watching from above.

Not a word was said about that fateful day as if it were taboo.

Then one day, that summer, I came home with a weird shaped black case. My sisters raced to the entrance with their eyes wide open and mouths gaping, but this time, they greeted me in silence. No climbing over me to see what was in the case. They knew. They turned around and went about their business leaving me and my new guitar in peace. Later that night, as the time for Mother’s arrival neared, you could hear a pin drop in the house. I didn’t hide my guitar, but when Mother came home, she never let on noticing the strange black case in the shape of a guitar standing against the wall at the exact location where she found my first guitar.

In hindsight, Mother did me a favor. This guitar was a much better quality guitar than the first one I bought. To this day, my guitar resides peacefully with me.

4 thoughts on “Did I Ever Tell You My Guitar Story?”